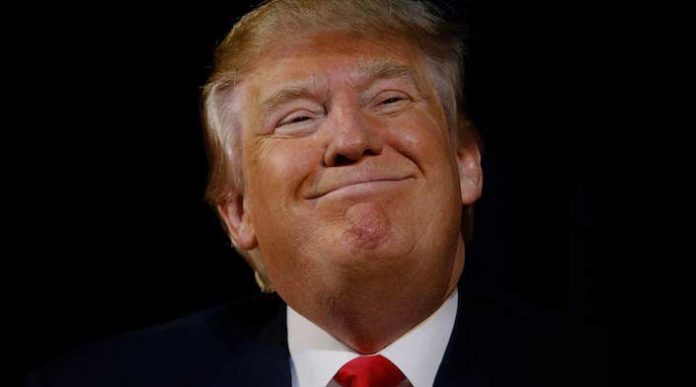 Well, that explains it. Hillary Clinton won the popular vote by nearly 2.5 million votes because of “the millions of people who voted illegally.”

It must be true. President-elect Trump said so.

“In addition to winning the Electoral College in a landslide, I won the popular vote if you deduct the millions of people who voted illegally,” Trump wrote in a tweet Sunday, without providing any factual evidence to support his claim.

Various far-right sites known for peddling false information like InfoWars claimed following the election that close to three million immigrants living in the US without permission voted. Fact-checking sites like Politifact, Factcheck.org, and Snopes all ruled that there is no evidence of widespread voter fraud.

This comes after a Twitter-fueled rant about the recount efforts underway in certain key Midwest states. The man who said nothing about the neo-Nazi tributes and salutations by white supremacy groups around the country found the smart phone his staff has apparently been hiding from him so he could register his displeasure over a recount intended to determine if any hacking, Russian or otherwise, was involved in his improbable victory.

One has to wonder how long this is going to allowed to continue before we as a nation decide, “No, America is not going to turn the reins of power over to a stark-raving paranoid madman.” Published reports say that Trump spent his Thanksgiving weekend at his Mar-A-Lago estate in Florida asking such political go-to people as romance novel cover boy Fabio and convicted murderer Don King” who he should pick as Secretary of State.

Sleep tight, America. The country’s soon to be in the very best of hands. Tiny little orange hands.