Professional hate-slinger Robert Stacy McCain must be getting very worried about that defamation suit because he is now on Twitter every day trying to create a new reality in which he is not about to lose his shirt to Brett Kimberlin. Take this example from today:

We are Xenophon Gryllus, not Melissa Brewer @catsrimportant. We have warned the Breitbots that they were wasting their time tracking down people named Melissa Brewer to look for us, yet they have not heeded our words, and now R.S. McCain proposes to make this misidentification into a legal defense. Hilarious! As we recently noted, this type of approach has zero chance of working in a real Maryland courtroom. It is only going to work in McCain’s blog court, where the rules of evidence do not apply and the case is retitled Process Server vs. McCain’s credibility. Yes, for someone who denies having been served with notice of Kimberlin’s suit at an address in Maryland, McCain seems rather eager to brag about his preparations for the case. We have challenged McCain to say plainly whether or not he has been served, but he still refuses to do so because his contributors would then have confirmation of his continuing fraud. It is much easier and safer for McCain to continue pretending that he has found a criminal conspiracy at work.

As things stand, McCain is still going to provide us with all manner of courtroom hilarity by trying to convince a judge of things that are not true, offering irrelevancies and inaccuracies as “proof.” The judge will not be interested in his conspiracy theories about Melissa Brewer or Bill Schmalfeldt, nor will Neal Rauhauser be a witness for any side at any phase of the trial. McCain blogs and tweets these names like magical talismans, but they will not protect him from the consequences of his actions.

With perfect timing, today McCain offered another example of his blog court litigation style, this time in regards to Shirley Sherrod’s lawsuit against the estate of Andrew Breitbart. To McCain, Andrew’s widow and children are the real victims in the situation, and Sherrod is being “unspeakably cruel” to them:

Tom Vilsack demanded Sherrod’s resignation in July 2010 because Democrat political operatives at the White House panicked after Breitbart released the video of an NAACP audience’s enthusiastic approval of Sherrod’s story about how she denied assistance to a white farmer. The political panic occurred after that video got played in edited form on a Fox News broadcast, but Breitbart was not responsible for how Fox News depicted the story, nor was he responsible for Tom Vilsack acting as a political hatchet-man…

How much fail can McCain fit in one paragraph? As we know from the deposition of John Doe, Andrew Breitbart held executive responsibility for the misleading editing and false transcript of Sherrod’s remarks. It is all very well to blame Fox News for reporting that material as it was edited and transcribed by Breitbart, but why does McCain feel it necessary to insist the defamatory framing (“enthusiastic approval…denied assistance”) was true and correct after all? Sherrod’s story ends with her giving said white farmer exactly the assistance McCain seems to still think she denied (see below). What McCain seems to be saying here is that defamation is not defamation if it works: should your employer fire you because of another party’s lies and deceit, you should blame yourself first, the employer second, and the lying scumbag not at all. How convenient for a lying scumbag like R.S. McCain, who confesses being past the point of anger with people who sue him for defamation.

They are all a conspiracy against him, and they are all lying about their victimization because Robert Stacy McCain is the only real victim in this situation. If the objects of his poison pen would just stop being such terrible people, he would not need to defame and lie about them, or scam his readers for PayPal contributions by pretending to hide from their persecution, or construct fantastical conspiracies with their names, or spread falsehoods about them that were debunked years ago. 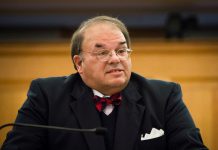 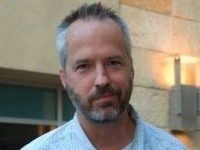 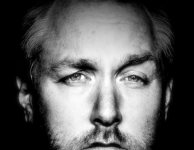