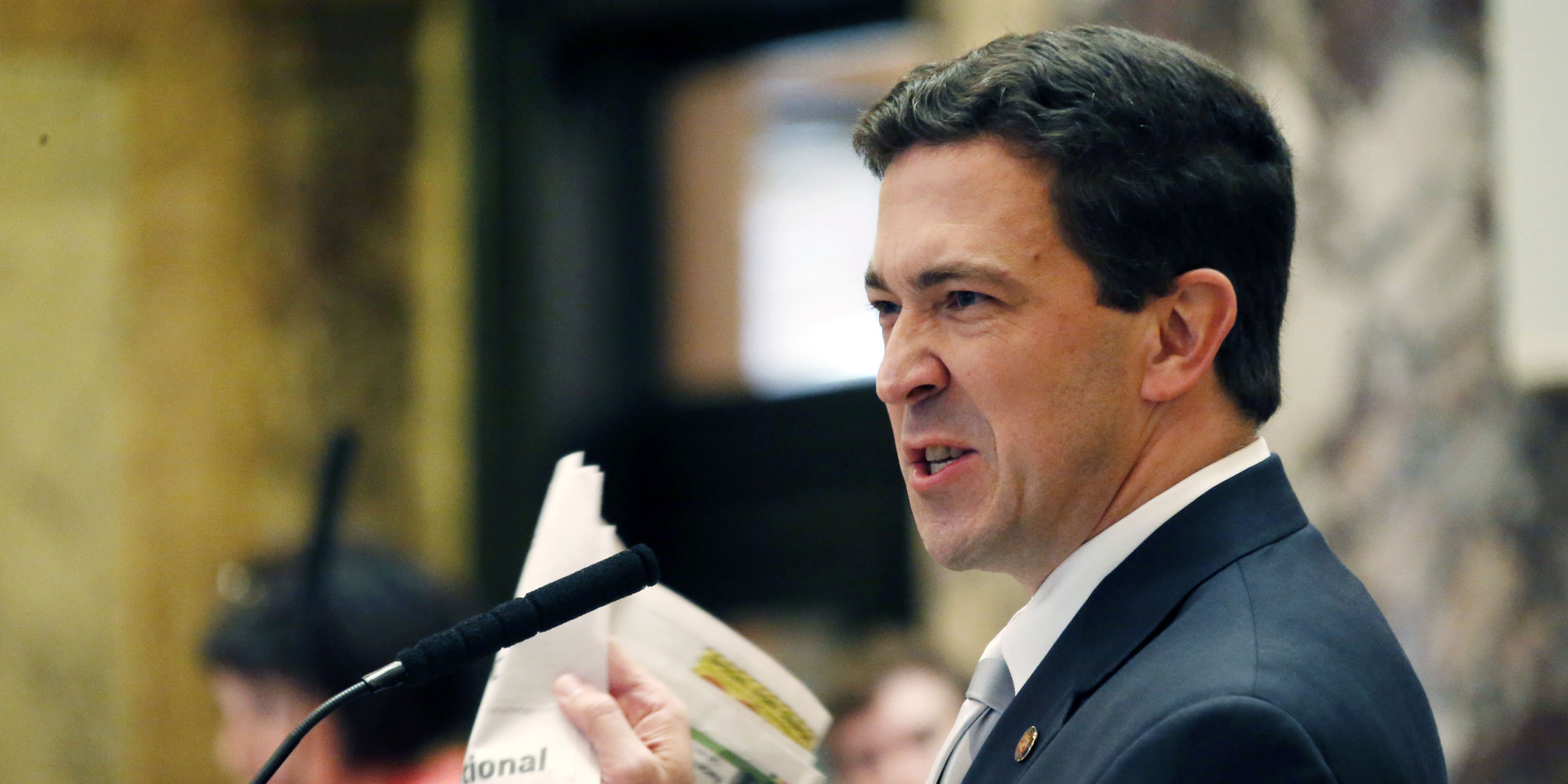 Sen. Chris McDaniel, R-Ellisville, tells colleagues about his opposition to an amendment for Medicaid expansion Friday, June 28, 2013 as the Republican-controlled Senate debates at the Capitol in Jackson, Miss. The amendment was defeated. The Senate voted overwhelmingly to renew and fund Medicaid beyond this coming weekend, when the program has been set to expire. Both Medicaid bills are on their way to Gov. Phil Bryant who is expected to sign them into law.(AP Photo/Rogelio V. Solis)