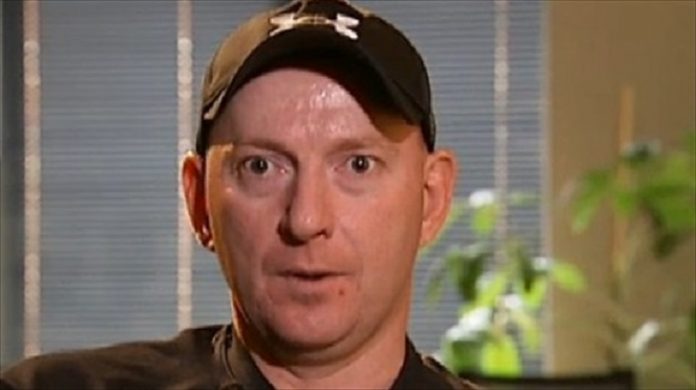 Former Gilberton Pennsylvania Police Chief Mark Kessler just posted on his Facebook page that he and a few of his buddies are heading down to the Arizona border to set up recon locations while fully expecting those who follow him will run into some drug cartels, which he now claims that those who agree to come with him will rain hot lead down on the dope dealers they run across at the Arizona border.

According to his most recent post today, he told his followers:

Kessler here, I’m driving to Arizona border for five days with a few friends , going to patrol cartel mule paths that lead into Arizona , leading a small team to recon the area and set up , we’re expecting to make contact and be engaged by heavily armed cartel escorts trucking dope into Arizona, Feel free to join if you want , but be prepared to get contacted by heavily armed cartel members packing automatic weapons & grenades, I will return fire as if god himself opened up the sky’s and poured hot lead down by the ton!

The problem with Kessler and his III Percenters group is that they seem to be begging for a fight anywhere they can. First they were all over Cliven Bundy hoping to start an aggressive action against the federal government or the BLM. But that mission soon failed over conspiracy theories and rampant lunacy between the various groups. Of course if such a fight were to actually happen, they wanted to put the women up front to catch all the supposed hot lead that would rain down on them for their anti government actions. After the Bundy ranch episode concluded, Kessler was on the war path looking for something else to get into, and shortly thereafter the immigration debate exploded upon the scene. Kessler now claims his new operation, which he claims an arrival date of July 19th 2014, has now become more clear, which is: let’s get our buddies together and head to Arizona to fight the drug cartels.

This is why we need funding to get as many people to join our Arizona border Mission on July 19th, we can not wait anymore! this illegal invasion by Cartel controlled Mexican Military must stop , they are using hit and run tactics, straing out of guerilla war fair manuals, Border agents are on stand down orders from the Liar in Chief,

I can’t believe Americans are letting this happen right before their eyes and do nothing !!!! this it way out of control on JULY 19TH Pack your gear, weapons, ammo,first aid kits,MRE’s or canned food A lot of bottled water and roll out to rally point in sierra vista Arizona, if you can’t make this mission, please assist by donating, this mission is going to be longer then 5 days, we are asking for patriots to do rotations every week to re-leave current units that will be their from July 19th , as once said, ask not what your country can do for you but what you can do for your country!

Anyone that has night vision monoculars or night vision scopes they want to donate towards the July 19th Arizona mission , we are in need of these items soft and hard body armor. if by chance their is a great American patriot out their that follows this situation on the border but wants to stay out of the lime light, and they have the ability to donate one of these thermal weapon scopes annonamusly, it would be greatly appreciated, we are in need of gear like thermal scopes, night vision monoculars, night vision scopes, ammo, & MRE meals, soft & hardbody armor along with first aid kits , wet wipes & funding for gas and water. anyone willing to donate ammo we need the following for sidearms: 9mm,40 cal, 45acp, for long guns we need 5.56 x45mm , 223 caliber, 7.62x51mm , 308 caliber, 7.62x39mm, 5.45x39mm

It seems that no matter what, Kessler, who looks to be a cardboard cutout begging for a TV reality show, wants to encourage some type of firefight: be it with the federal government or drug cartels or anyone who wants to challenge him and his authoritarian personality complex. I am not sure he actually knows what he is getting into when he heads into drug cartel territory. Has Kessler ever been schooled in how the drug cartels operate, with kidnappings, random tortures, beheading those that challenge their power, hanging people from freeway overpasses for the mere mentioning of their activities, entire towns being eradicated to make room for their operations, or entire populations attempting to flee to the United States because of all the rampant drug violence in their own country?

Yet we are supposed to believe that Kessler and his ragtag band of drinking buddies, who have little to no supplies, even less bullets, and are short on real firepower, will somehow just eradicate the entire southwest border of drug cartels on their own without any type of local or federal law enforcement or military backing them up. The issue apparently boils down to Kessler putting other people’s lives in jeopardy for fun and profit and a potential reality TV show contract. Kessler seems to be another arm chair general trying to start a fight anywhere he can, and coming up short of that, he now wants to drag anyone who will follow him right into the belly of the drug war beast. While it is apparent that Kessler views the drug problem as a serious issue, he seems to have no clue as to what could happen to those he leads into his faux battle for money and a potential TV contract. Those who go with him risk their very lives for nothing more than fun and games.

Drug cartels are not fun, nor are they for people who are into playing wargames either. If these guys are caught off guard while passed out from a night of drinking or screwing up their watch, they will surely meet their maker in a most horrific fashion. Drug Cartels are not the kind of groups you want to head off at the pass. They don’t run when approached or scatter to the wind when met with force. Kessler seems to have his head screwed on backwards by heading into cartel territory and taking as many people as possible down with him. Lunacy. 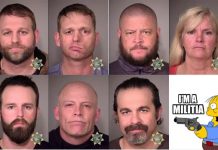 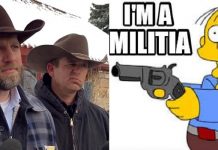 We Laugh At The Bundy Cult Now, But It Can Stop Being Funny 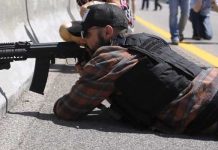