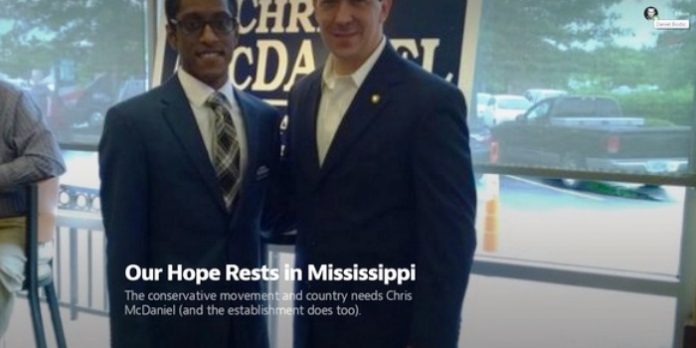 Among the first characters on whom we ever reported at BU, Ali Akbar is a convicted petty felon with a years-long, well-documented history of running fraudulent conservative political enterprises. In his latest scheme, Akbar seems to have been running another victimization hoax aimed at collecting donations from gullible conservatives, this time on behalf of a trendy young black conservative.

Disgust with Akbar’s endless shady dealings and constant fabrications is a nonpartisan phenomenon. While his smearing and harassment of liberals is what drew my attention to Akbar’s story in 2012, his first and last victims have always been conservatives. Akbar preys on weakness for contrived drama, lies constantly, and misuses the proceeds of the associated fundraising for his own comfort, secure in the knowledge that conservatives almost never read anyone out of the movement for that kind of behavior.

But this time, he may have finally gone too far, and the character of his duplicity may be worse than BU previously understood. Akbar’s reputation among black conservatives has reached its nadir amid a swirl of sinister rumors that he has been doing much worse than simply run another scam. As this story develops, new light is being shed on old data that we have heretofore left unreported because we lacked a context in which to present it.

Coreco Ja’Quan ‘C.J.’ Pearson came to prominence in February of this year with a ‘viral video’ responding to President Obama’s YouTube interviews, even publishing his own website in April. Akbar, whose self-identification with online video marketing goes back to at least 2010, has been managing Pearson’s online presence. Last week, the young Mr. Pearson got into a Twitter flame war with ‘Mona Brown’ @MonaB2010, a spat which turned into an all-too-familiar social media drama. Claiming that Mona had threatened his family with harm and lawsuits — a claim that even other conservatives dispute — Pearson then received fawning attention from Fox News, conservative politicians, and right wing websites. Meanwhile, Akbar began fundraising in his name at Rally.org under the auspices of Vice & Victory and the National Bloggers Club, collecting thousands of dollars. As I’ve reported here at BU before, neither organization exists as a legally-owned Akbar property. Little wonder that the Peach Pundit, who has done the best reporting so far on this tempest-in-a-Twitter-teapot, questions the legitimacy of the whole episode.

This entire situation is so utterly weird, you may be tempted to ask what you’re seeing, and maybe even wonder if you’re being drawn into a scenario that seems to be constructed for a specific purpose.

Indeed! Starting all the way back with the mysterious ‘Dan Wolfe’ and the fake ‘Betty & Veronica’ characters who showed up during Wienergate, Akbar has been at the periphery of so many hoaxes and sockpuppet-driven Twitter dramas that I have lost count. On his Facebook wall, Akbar has been claiming that CJ’s parents were planning to sue ‘Mona Brown,’ which is classic contrived Akbar-drama. Peach Pundit has reason to believe that Pearson is just playing games with the suddenly-unavailable, almost certainly-nonexistent ‘Mona Brown of Baltimore, Maryland,’ and this is not unreasonable, for if he wanted to pull off that sort of stunt Pearson could find no better mentor than Akbar.

In June, Pearson signed on with DBC Management Company, an “event, personality, and asset management company” that is one of a constellation of political ventures belonging to Dustin Beth, a University of Wisconsin student whose initials form the DB in the name of the concern. This week, DBC Management had to write off Pearson as a talent upon discovering the lad had forged his father’s signature on the contract. Luckily for us, the Peach Pundit blog obtained a copy of Beth’s dismissal letter, which contains this key paragraph:

(Y)our relationship with Ali Akbar was concerning to me from the beginning and as your presumptive business manager- I warned you that doing business with Ali would not be in your best interest. Despite these warnings, you were confident that Ali would only be managing your online presence however this has proven to be yet another fabrication.

Indeed! Poor, persecuted young Mr. Pearson’s fake victimization narrative caught up with him this week when Mr. Beth finally contacted his parents to discuss the alleged experience with online bullying — and learned instead that C.J. has been hoodwinking everyone the whole time time. “(O)n several occasions you flagrantly lied as to why your parents were not able to meet via telephone to discuss the plans for your future as well as discuss the contract,” Beth’s termination letter reads. “When I spoke to your father…He also stated that he was not aware of any of the Twitter threats that you received (or frankly many of the things you have been doing).”

.@ali @thecjpearson @youngblackcon definitely shocked by what you have done to a potentially untouched kid with dreams

Indeed! BU showed you Ali Akbar’s deleted gay dating Grindr.com profile a long time ago. Of course, there’s a big difference between hypocrisy among consenting Republican adults, and playing Josh Duggar with young black conservative boys, so exactly what does does Mr. Dupree mean  by “untouched,” I wonder? I’ve reached out for a better understanding of this sudden revulsion for Akbar and these hints of impropriety among the black conservative band of the Twitter spectrum. In the meantime, consider these old tweets regarding Akbar’s peculiar relationship to a white male who was a minor at the time: In 2013, Matthew @MosleyMosley2 was a freshman football player at a Florida High School. Did he meet Akbar in real life during one of the political operator’s tea party organizing missions? We don’t know, and of course Akbar won’t be forthcoming. But it’s curious that Akbar’s young friend would have both his HBO and Netflix logins, because as far as I can tell, they’re not actually related, despite having spent time together in the real world.

This minor’s very first tweet was to Akbar, who called him “my best friend” on another occasion. And he would have to be, since most people never share their passwords with anyone, even a close cousin. Is this Akbar being gay-funny with a 15 year-old conservative recruit, or is this Akbar gay-grooming a minor? I report, you decide!

It’s always so hard to tell with Akbar. For example, is he being “urban” with this drug reference, or is he admitting how much he hates getting razzed about staying in the closet?

What sort of party is Akbar really holding with these kids?

Under Akbar’s tutelage, C.J. has already been “mentored” into going behind his parents’ backs, forging their signatures, and lying to them. Pearson has publicly split with Akbar and now wants the donations returned, but the move is too late to preserve the young man’s speaking contract or fix the damage to his career. And while we don’t know exactly what Akbar has been up to in his private meetings with all these young, black conservative boys, I have seen enough shudder-inducing tweets to give me the creeps.

Measured by a simple ratio of successes and failures, Akbar is one of the worst conservative activists in America, having backed fringe loser candidates from sea to shining sea. He’s not ashamed of his record, either: to Akbar, being winless just underlines his hip disregard for conventional politics. But you would also expect that consultants whose candidates all consistently fail, and who reject party insiders so vehemently, would eventually pay some sort of price for their rebelliousness. Akbar defies that logic by continuing to enjoy high-level friends and access within the GOP and the conservative movement.

In studying Akbar, there are two different rumors abounding among my nameless sources which explain his continued power: (1) that he has ‘leverage’ or dirt on important conservatives, and that (2) Akbar is CPAC’s go-to man for ‘party favors’ like cocaine, aka “chapstick.” These explanations are not mutually exclusive, either, and if there is any truth to them at all then Akbar should be kept as far away as possible from all budding young conservatives for all time. 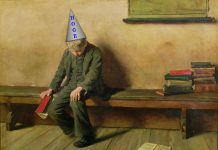 Hoge Gets Away with Lying, but Nothing Else 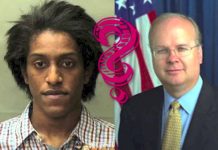 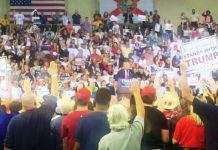