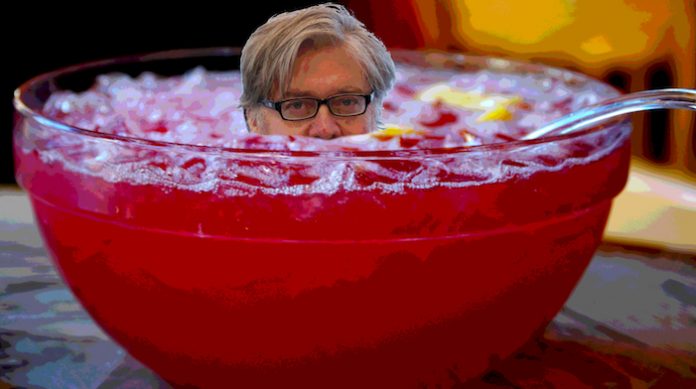 The worst part about it, there is absolutely nothing you can do about it. If you cause a scene by trying to fish the objectionable object out of the punch bowl that’s just going to raise the level of horror among your guests. If you try to discreetly remove the punch bowl and replace it with a bowl of unbeshitted punch, people are going to talk about a cover-up. Even worse than that is the fact that every guest at the party saw you hovering over the punch bowl to deposit the offensive object into the punch.

There’s no recovery from that.

While it seems generous at this point to claim that the Trump Administration could be called anything as nice as a punch bowl, the turd floating among the strawberries and orange slices, bobbing up-and-down among the ice cubes, is Steve Bannon — Head Racist at Breitbart.com — personally squeezed into the large, crystal punch bowl by President-elect Donald Trump and declared Trump’s chief strategist and senior counselor.

This fatal party faux pas has not gone unnoticed.

Since the mainstream corporate media meekly sat in their chairs like scolded second graders, looking at their shoe tips while Trump yelled at them for trying to appear to do their jobs, it seems unlikely that any of them will have the patriotism or intestinal fortitude to register so much as a hint of the loathsome thing they all saw floating in the punch bowl. Because “access” is the most important thing in the world to them, they will not only ignore the thing in the bowl, they will likely be ready with a ladle to fill our cups for the next four years.

Our advice? Don’t drink the punch. 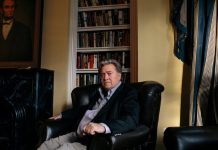 Steve Bannon Out At Breitbart 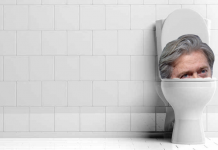 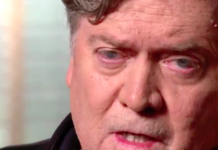