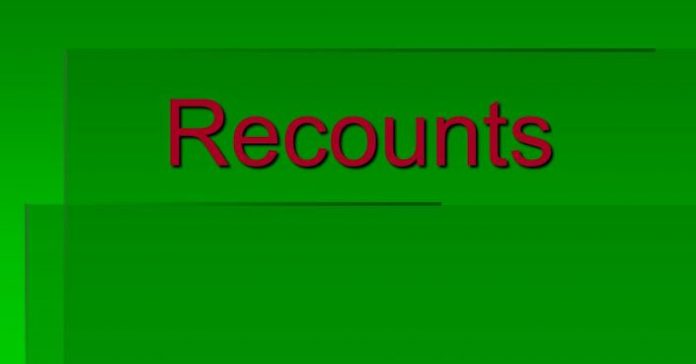 With the Packers playing as poorly as they are, the most widely-watched spectator event for the month of December may well be the Presidential Vote Recount announced today by the Wisconsin Elections Commission.

“The Commission is preparing to move forward with a statewide recount of votes for President of the United States, as requested by these candidates,” Haas said.

Stein was the candidate for the Green Party and De La Fuente headed up the Reform Party ticket. Stein picked up 31,006 votes in Wisconsin, which is more than the spread between Hillary Clinton and President-elect Donald Trump, which leads one to wonder if she really wanted Clinton to be President she might have considered not running. (Trump beat Clinton by 22,177 votes). De La Fuente got 1,514 votes.

The last statewide recount was of the Supreme Court election in 2011. At that time, the Associated Press surveyed county clerks and reported that costs to the counties exceeded $520,000, though several counties did not respond to the AP’s survey. That election had 1.5 million votes, and Haas said the Commission expects the costs to be higher for an election with 2.975 million votes. “The Commission is in the process of obtaining cost estimates from county clerks so that we can calculate the fee which the campaigns will need to pay before the recount can start,” Haas said. The Commission will need to determine how the recount costs will be assessed to the campaigns.

The state is working under a federal deadline of December 13 to complete the recount. As a result, county boards of canvassers may need to work evenings and weekends to meet the deadlines. “The recount process is very detail-oriented, and this deadline will certainly challenge some counties to finish on time,” Haas said.

Should the vote be overturned, but in Wisconsin only, it will make no difference on January 20. If Hillary picks up Wisconsin’s 10 electoral votes, which would be plucked from the Trump tally, despite the former Secretary of State’s 2-million vote win in the popular vote, she would still lose to Trump 296-242, and that’s assuming Trump holds on to his razor-thin 11,000 vote lead in Michigan, the result expected to be certified Monday.

For his part, De La Fuente posted a letter to his supporters explaining the decision to seek a recount.

Even if Trump were to lose in Michigan, the 26 electoral votes taken from his tab would leave him with 270 votes…the exact number needed to win,

Monday is also the deadline to file for a recount in Pennsylvania where Trump won the state’s 20 electoral votes by a margin of over 70,000 votes.

The punditry claims Hillary supporters should not get their hopes up. We should listen to them. They’ve been right up until now, haven’t they?