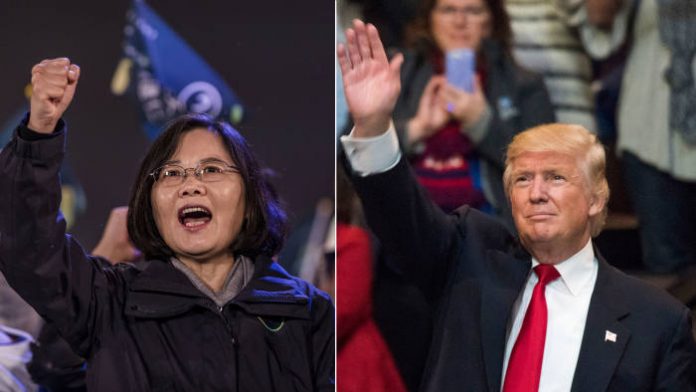 Since 1979, the United States has had a “One – China Policy” since cutting off diplomatic relations with Taiwan. To be fair, President-elect Donald Trump may not have been aware of that policy when he picked up the phone today to place a telephone call to the president of Taiwan.

China considers Taiwan to be a renegade province, and today’s phone call between Trump and President Tsai Ying-wen is likely to be seen as an intentional thumb in the eye to the mainland Chinese government, as the financial Times reports:

“Regardless if it was deliberate or accidental, this phone call will fundamentally change China’s perceptions of Trump’s strategic intentions for the negative. With this kind of move, Trump is setting a foundation of enduring mistrust and strategic competition for US-China relations.”

Moves like this are unlikely to be helpful towards securing Chinese cooperation on such ticklish topics as what to do about North Korea and the brewing trade issues between the two economic heavyweights.