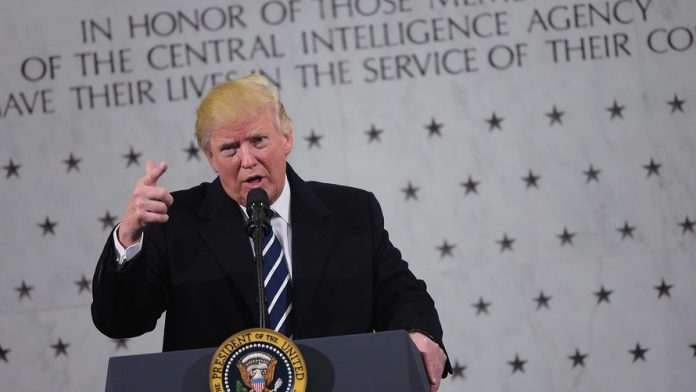 It’s hard to imagine how things could be any worse for Donald Trump after nearly a month into his term as president. True, there hasn’t been a nuclear attack (launched by or against us) and there’s no wildly deadly contagious disease spreading across the country like wildfire — which Trump would likely appreciate if it took the attention off his objectively dreadful administration.

And this is just the first month, gentle reader. Can the Presidency of Donald Trump survive another month like his first?

You know in your heart and soul that the other shoe is going to drop on the “collaborating with Russian Intelligence” story and proof will emerge that someone — under orders from Trump — worked with the Rooskies to put the kibosh on Hillary’s campaign. That would be a high crime worthy of jail time. Although the administration seems to be setting Vice President Trump aside as the “mushroom” of the administration (kept in the dark and fed shit), is there anyone who really believes that the veep will get out of this mess with clean hands?

Would Trump tolerate impeachment proceedings, or would he just quit? Even without impeachment, will Trump just throw up his hands and say “this isn’t as much fun as I thought it would be,” and just quit?

And now this news, breaking just as I am writing this post.

U.S. intelligence officials have withheld sensitive intelligence from President Donald Trump because they are concerned it could be leaked or compromised, according to current and former officials familiar with the matter.

The officials’ decision to keep information from Trump underscores the deep mistrust that has developed between the intelligence community and the president over his team’s contacts with the Russian government, as well as the enmity he has shown toward U.S. spy agencies. On Wednesday, Trump accused the agencies of leaking information to undermine him.

Fearing that Trump will blabber sensitive intel to his Kremlin overlords, our Intelligence agencies are WITHHOLDING INFORMATION FROM HIM!

How long can this nation tolerate a situation where its president can’t be trusted to keep confidential information confidential?

How long can America tolerate an amateur President?

CAN America survive the presidency of someone who does not have the country’s best interests at heart?