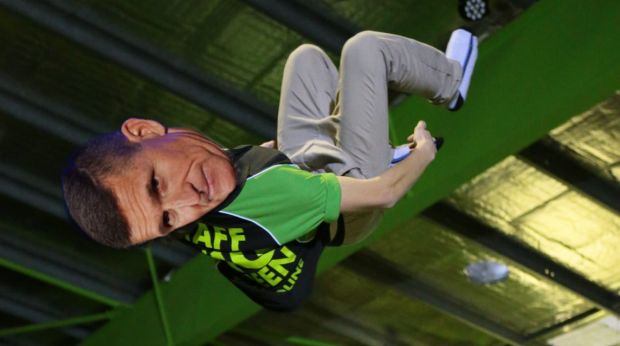 WASHINGTON—Mike Flynn, President Donald Trump’s former national security adviser, has told the Federal Bureau of Investigation and congressional officials investigating the Trump campaign’s potential ties to Russia that he is willing to be interviewed in exchange for a grant of immunity from prosecution, according to officials with knowledge of the situation.

If “Law & Order” has taught us anything, it’s that the first to flip gets the best deal.

According to the Wall Street Journal — breaking the story at around 5:40 pm CDT:

As an adviser to Mr Trump’s presidential campaign, and later one of Mr Trump’s top aides in the White House, Mr Flynn was privy to some of the most sensitive foreign-policy deliberations of the new administration and was directly involved in discussions about the possible lifting of sanctions on Russia imposed by the Obama administration.

He has made the offer to the FBI and the House and Senate intelligence committees though his lawyer but has so far found no takers, the officials said.

No takers yet? Not unusual. They’ll want to know just what it is “Flippo the Clown” has to tell them first. Is it valuable? Is it worth letting him ooze through the clutches of the law? Are there bigger, slimier, stinkier fish that “Flipsy” can trap for the FBI?