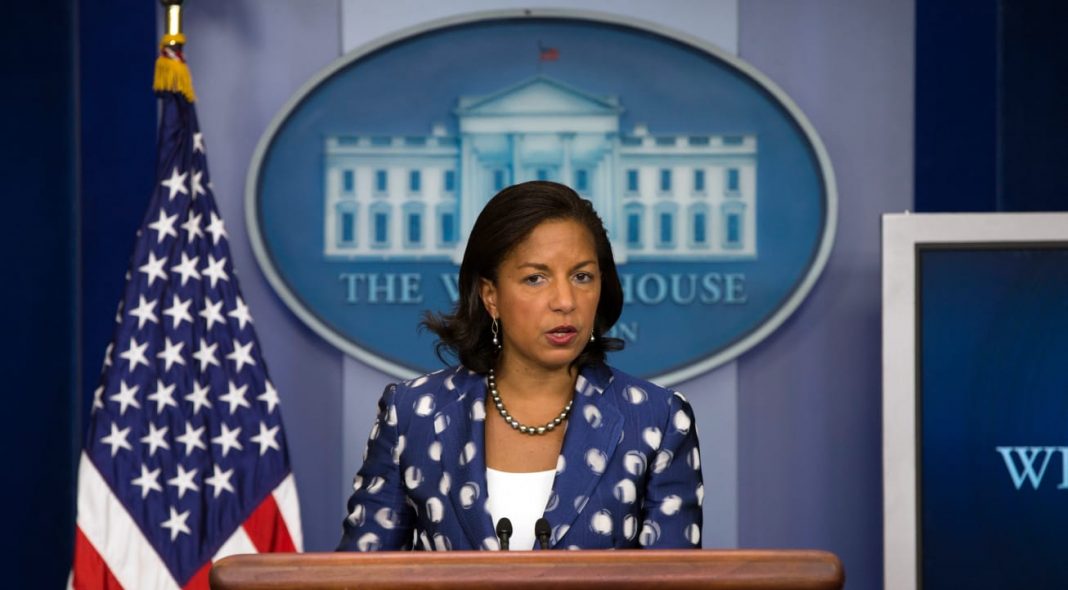 Like most staff members who serve insane dictators, Trump’s people knew they could not just come out and say Trump was wrong, diluted, ignorant, or out of his polyester-coiffed dome.

Therefore, they had to change what Trump was talking about.

First, it was necessary to note that Trump had put scare quotes around the misspelled word “wiretapp”. This means Trump was not saying Obama had wiretapped Trump Tower during the transition, but had merely “surveilled”.

At this point, Saturday Night Live’s “Pathological Liar” — Tommy Flanagan — from the 1980s joined the discussion.

“Yeah, yeah! He’s not saying Obama himself wiretapped Trump Tower. He’s saying that Obama ordered people in the White House to keep an eye and an ear on Trump. Yeah. That’s the ticket.”

“They did it by taking pictures from his microwave,” the skeletal Kellyanne Conway giggled.

“Microwave, microwave… I don’t know. That sounds too goofy even for us,” Flanagan said.

“Well then,” Outer Party Member Winston Smith suggested, “why don’t we just snip out the reference to wire tapping and change it to surveilled?”

“It probably beggars the belief of the average person to think that Obama himself did any surveillance on Trump. After all, Obama still had a country to run until January 20.”

“He never said Obama did it himself,” press secretary Sean Spicer said.

“Oh yes he did!” Said everyone in the room.

“OK, OK, I think I got it here,” Flanagan said. “We stop blaming Obama himself, and start looking for somebody in the outgoing Obama administration to nail this to.”

“And Obama, being the commander-in-chief, is therefore responsible for the actions of his staff,” North said.

“Get your feet off the couch, Kellyanne!” Sean Spicer shouted. “This ain’t your college dorm room.”

Just then the room grew dark and the temperature dropped 20° in the span of three seconds. Bannon had arrived.

“OK, OK, here’s the thing. Nobody is going to believe Obama did the surveillance himself. We got to stop calling it wire tapping and call it surveillance. And now we gotta tag somebody in the outgoing Obama administration for having done it,” Flanagan said.

“No thank you, Steve, I already had breakfast, “Kellyanne Conway giggled.

“Get your fucking feet off the fucking couch, Conway. And put your knees together. I can see your fucking fallopian tubes already,” Spicer barked.

Bannon waved his mighty right arm over the room which suddenly got darker and colder. Everyone was knocked to the floor from the furniture they were sitting, kneeling, or giving beaver shots from. Outer Party Member Winston Smith fell into his vaporizer and became an unperson.

“NO!” Bannon bellowed and it sounded like 10 men with different pitched voices all bellowing at once. “RICE! SUSAN RICE! OBAMA’S FORMER NATIONAL SECURITY ADVISER.”

“AND WE SAY SHE ORDERED THE CIA AND FBI AND NSA TO UNMASK THE NAME OF EVERY MEMBER OF THE TRUMP ADMINISTRATION INVOLVED IN TALKING TO FOREIGN ENTITIES WHO WERE UNDER SURVEILLANCE. IT’S NOT ILLEGAL, UNETHICAL OR EVEN UNUSUAL FOR A NATIONAL SECURITY ADVISER TO DO THAT, BUT AMERICANS DON’T KNOW THAT. BETTER YET, THEY WILL NOT CARE. IT WILL SOUND BAD TO THEM, AND THAT’S ALL THE DISTRACTION WE NEED FOR THE MOMENT.” Bannon smiled and the room grew yet colder.

“For the… moment,” Spicer asked.

“YES. FOR THE MOMENT. BY THE END OF MAY WE WILL BE FULLY ENGAGED IN A NUCLEAR WAR WITH NORTH KOREA. EVERYTHING IS PROCEEDING AS I HAVE FORESEEN!”

A disheveled President Trump stumbled into the room. “What’s all the fucking racket,” he mumbled.

“Strategy,” Bannon said, softly and sweetly. “Nothing for you to be concerned about. Go back to bed.”

“Not without my vibrat… I mean, my personal massage therapy device. Anybody seen it?”

Kellyanne Conway fumbled between her knees. “It was here a minute ago.”

A horrified Trump turned to his stone-faced chief adviser. “If she finds it, burn it.”