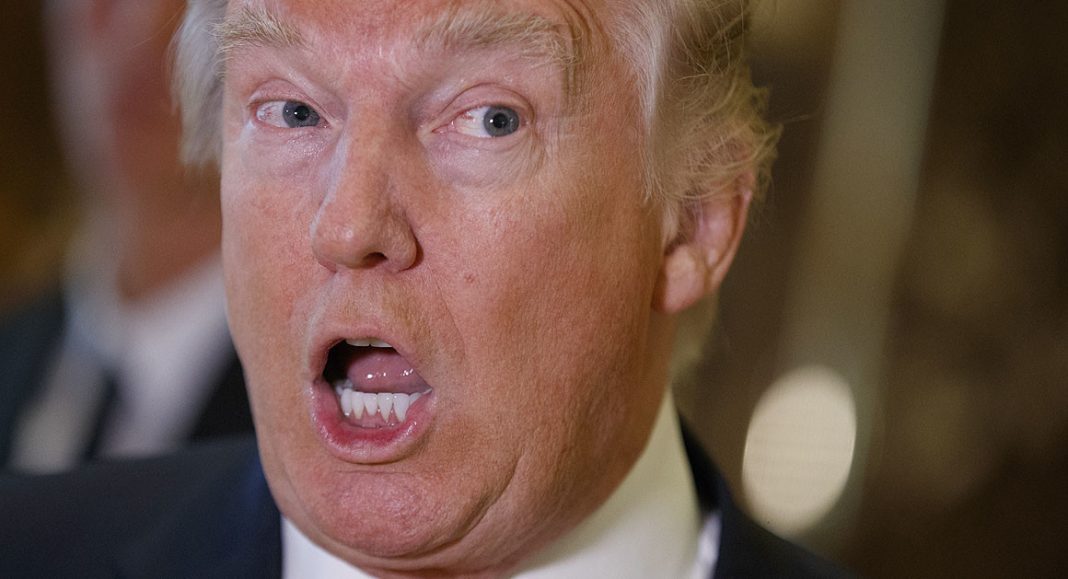 It’s a boy! We couldn’t be more proud.

Well, actually, we could. This bouncing baby boy is a 70-year old President of the United States. At least one GOP strategist says Chief of Staff Reince Preibus is not up to the task of keeping the baby’s diaper clean.

Appearing on MSNBC, GOP strategist Rick Wilson dismissed the idea that President Donald Trump is in the process of creating a “Trump Doctrine” calling the president a “man-baby’ who can’t “focus on anything for more than 30 seconds.”

Speaking with All In host Chris Hayes, the caustic Republican consultant said that rumors of a Trump “rebranding” is absurd, and that the president has no agenda and is only looking out for himself.

Mr. Wilson did not mince words.

“Chris, this is a president with a stalking gigantic case of ADHD,” Wilson began. “He cannot focus for 30 seconds on anything. Every bright and shiny object distracts him and he doesn’t believe anything in his heart. There’s no ideological North Star for this guy, there’s nothing he truly cares about except for his own ego. Everything is drawn to the event horizon of his ego.”

“Steele concurred, saying, “I think Rick hits it out of the park regarding where the anchors are. That’s why Bannon and all of the conversation about Bannon being relegated to some nether reaches of the administration is just not holding water. He has, in many respects, come to represent that ideological mooring that Trump has not expressed an interest in. He’s open to all ideas and he is open to none.”
Report Advertisement

“This is where everybody else is starting to play a role, which is why you see the tensions rising in the West Wing, the way they are, because it’s now nut-cutting time,” he added.