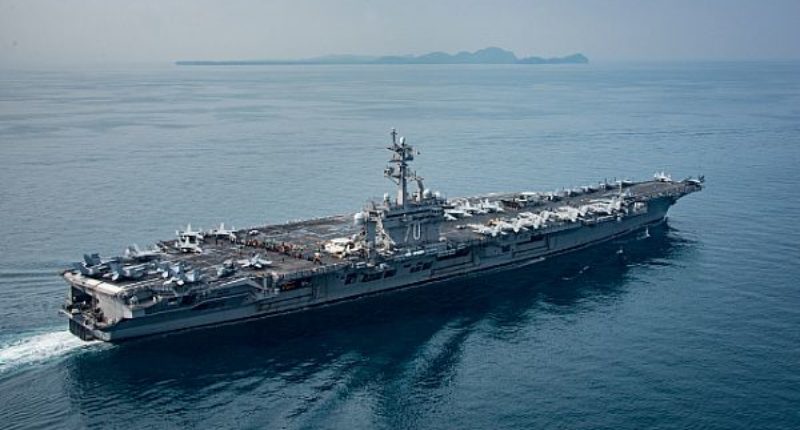 President Trump told the world that a mighty armada — so mighty — was steaming at full speed toward the Korean coast as a show of force in case the dwarf with the shittake mushroom haircut decides to get froggy.

But they ARE steaming toward the Korean coast NOW. Supposedly. Who knows?

And furthermore, why should our allies and adversaries believe a word uttered by Don Cheetolini or any other member of the Gang that Couldn’t Govern Straight?