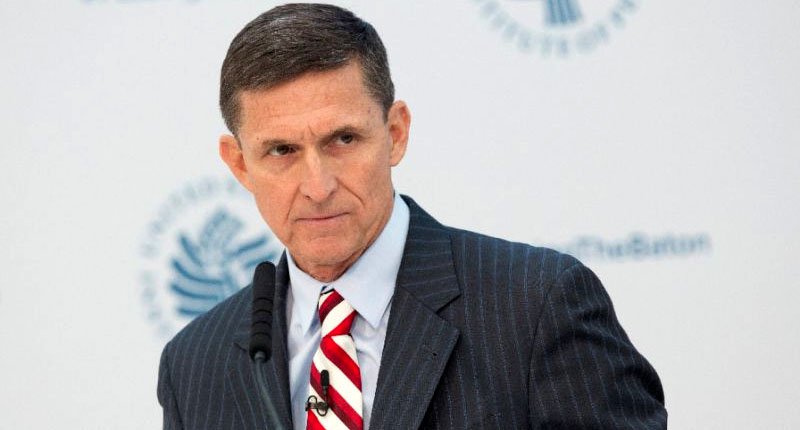 Oh sure, Retired Lt. Gen. and 24-day National Security Adviser Michael Flynn LOBBIED for Turkey. But it’s a tight knit community, these people. Yet, according to Politico, turns out that the guy who was paying Flynn was in the pocket of man with business ties to Russian President Vladimir Putin.

Flynn was paid $600,000 last year by Ekim Alptekin, who has coordinated Turkish lobbying in the U.S. with Dmitri “David” Zaikin, a former executive in Russian energy and mining companies, reported Politico.

Alptekin told the website that he hired Flynn, who was working for the Trump campaign at the time, with his own money and did not coordinate any lobbying for the Turkish government.

The Ukraine-born Zaikin told Politico that he wasn’t involved in Flynn’s lobbying, and both Alptekin and Zaikin denied knowing one another.

But three sources told Politico that Alptekin and Zaikin had worked together to coordinate lobbying efforts on behalf of Turkish interests.

No doubt Flynn will have more to say about this at some point. He told the FBI and congressional investigators that he was willing to testify in the ongoing probe of Trump campaign ties to Russia in exchange for immunity from prosecution, but Flynn’s offer was declined.