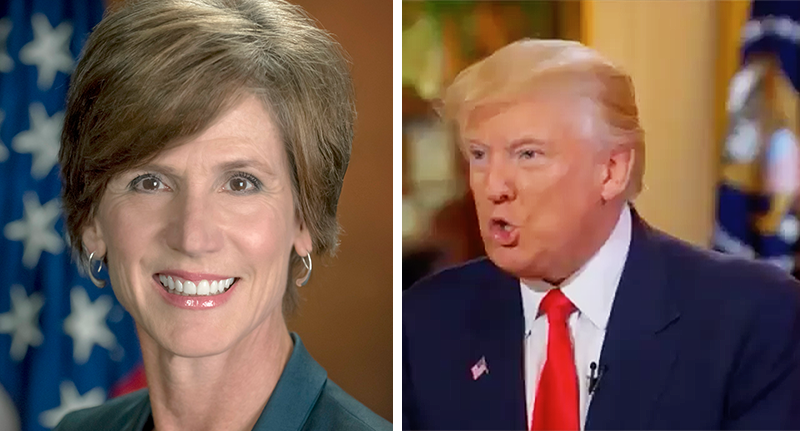 Donald “Brain Child” Trump took to the Twittersphere this morning to lob baseless insults and taunts to the woman who may be the person who brings his house of cards tumbling down.

“Ask Sally Yates, under oath, if she knows how classified information got into the newspapers soon after she explained it to W.H. Council,” Trump tweeted.

The word the Illiterate in Chief was searching for is “counsel.” Trump has often accused former President Barack Obama’s former appointees and staffers for leaks about the skulduggery afoot in his own White House. He’s even had press secretary Sean Spicer investigate the staff’s phones to ensure they weren’t using special apps to hide communications.