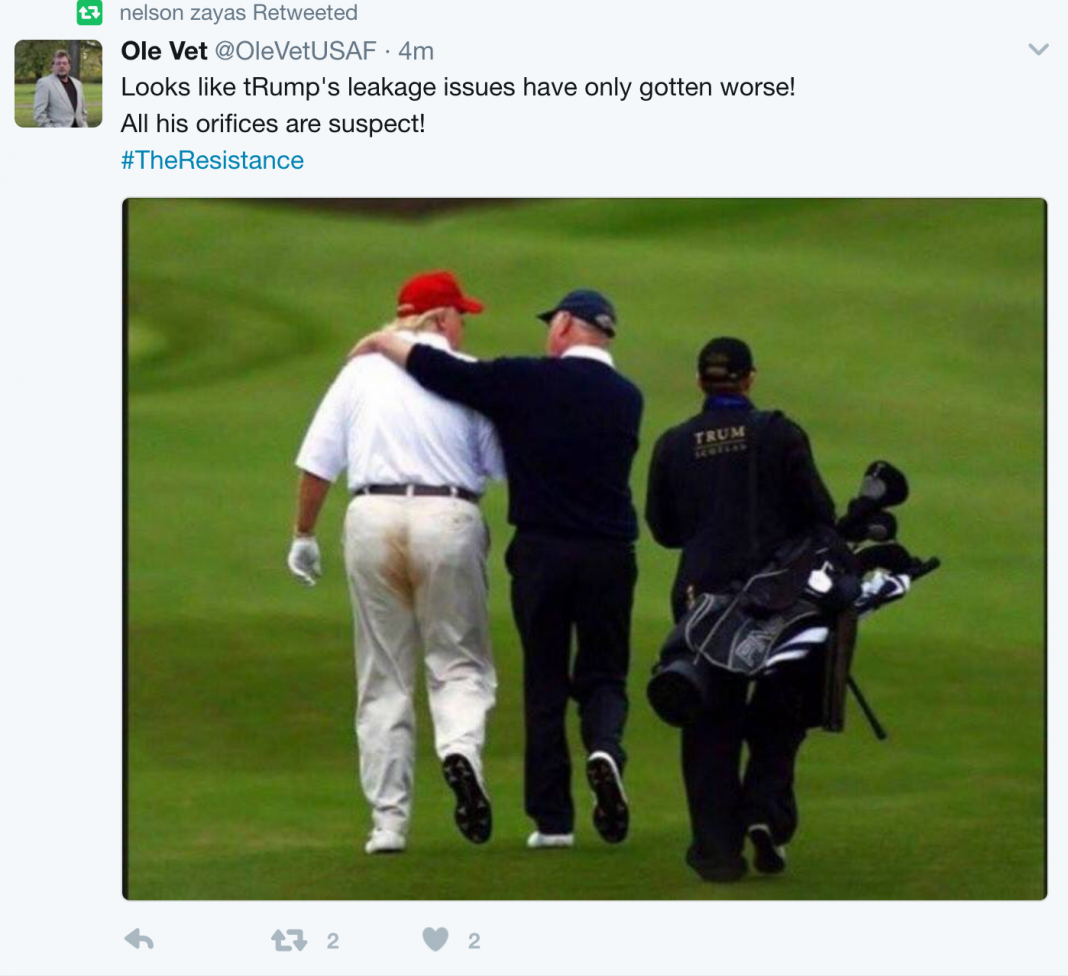 The Russian news agency Tass, which Stumblebum Trump allowed into the Oval Office so they could copy the highly classified information he gave to his Russian paymasters, is bragging today about the pile of guts Trump spilled all over the Oval Office rug.

In a Russian-language report on Tuesday that pointed to The Washington Post‘s original reporting, Tass said that Trump talked “in detail about the new threat posed by the [Islamic State], involving the use of laptops on flights.”

“Trump said the terrorists may carry out some attacks, and explained what kind of damage they can cause,” the Tass report explained. “He also called the city on the territory controlled by the group where the partner of the US on the exchange of intelligence discovered a new threat.”

American media were not permitted in the room for Trump’s meeting with the Russian officials, but the White House allowed Tass to attend. The Tass report, however, does not deny that Trump passed secrets to the Russians.

Every GOP lawmaker, every Trump supporter shares the blame. Any innocent blood spilled as a result of the Man Baby’s bragging is on the hands of every Congressman, Senator, Donor or Supporter who does not immediately call for the senile old man’s immediate resignation or removal under terms of the 25th Amendment.