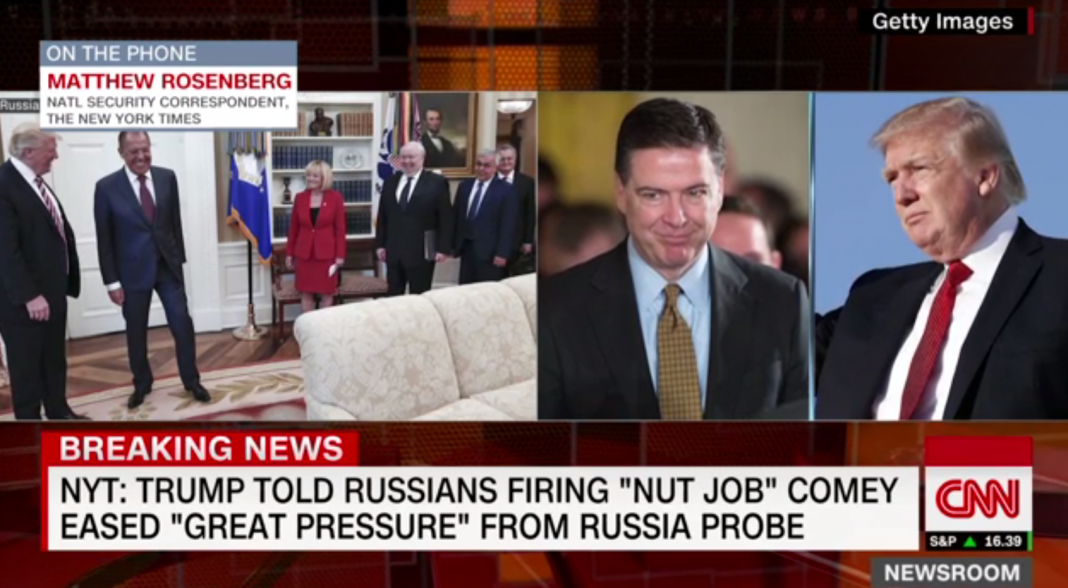 Took a little nap this aftenoon. Had a bizarre dream. In the dream, the New York Times reported that, while meeting with the Rooskies in the Oval Office, President Trump told Russia’s foreign minister, Sergey V. Lavrov, along with the Russian ambassador to the United States, Sergey I. Kislyak, “I just fired the head of the F.B.I. He was crazy, a real nut job,” Mr. Trump said, according to the document, which was read to The New York Times by an American official. “I faced great pressure because of Russia. That’s taken off.”

I sat up in the bed. It wasn’t a dream. It was a cable news report. It really happened.

The conversation, during a May 10 meeting — the day after he fired Mr. Comey — reinforces the notion that Mr. Trump dismissed him primarily because of the bureau’s investigation into possible collusion between his campaign and Russian operatives. Mr. Trump said as much in one televised interview, but the White House has offered changing justifications for the firing.

Sean Spicer, the White House press secretary, did not dispute the account.

Many Democrats and some Republicans have raised alarms that the president may have tried to obstruct justice by firing Mr. Comey. The Justice Department’s newly appointed special counsel, Robert S. Mueller III, was given the authority to investigate not only potential collusion, but also related allegations, which would include obstruction of justice.

At the moment, Trump is aboard Air Force One on a trip overseas. Let’s hope they can keep him out of the cockpit, away from the controls, and stop him from putting the plane into a nose dive into the ocean… like he’s done to his presidency.