He does know what he’s saying when he speaks, right?

President Donald Trump said Friday that he would be “100 percent” willing to testify under oath that he did not ask fired FBI Director James Comey for his loyalty, nor that he asked Comey to let go of the federal investigation into ousted National Security Adviser Michael Flynn.

Does Donald Trump have the mental acuity, the self-awareness to realize that when he says words that come out of his mouth, other people can hear him and, if they preserve those words on tape or through digital means, those words can be played back later?

“I want to get back to James Comey’s testimony,” Karl said. “You suggested he didn’t tell the truth in everything he said, he did say under oath that you told him to let the Flynn — you said you hoped the Flynn investigation he could let go — “

“I didn’t say that,” Trump interrupted him.

“So he lied about that?” Karl asked, referring to Comey.

But, the President added, “There would be nothing wrong if I did say it, according to everybody that I’ve read today, but I did not say that.”

Does Trump have a sense of object permanence, that the people who are standing there, listening to him, do not suddenly vanish into nothingness when Trump cannot see them any more, like when they go back to their newsrooms to write the things Trump says?

“And did he ask for a pledge of loyalty from you, that’s another thing he said,” Karl said, seemingly mixing up his question: Comey said that Trump has asked him for his loyalty, not the other way around.

Karl continued: “So he said those things under oath, would you be willing to speak under oath to give your version of those events?”

Is Donald Trump mentally fit to take an oath and have it stick in a court of law?

Karl asked if Trump would be willing to speak to special counsel Robert Mueller about his accusations against Comey.

“I would be glad to tell him exactly what I just told you,” Trump said.

Karl asked if Trump had actually taped his conversations with Comey, as he had seemingly threatened he had done after firing Comey.

Trump wouldn’t answer, saying only that he would address any possible tapes “over a fairly short period of time” and “you’re going to be very disappointed when you hear the answer, don’t worry.”

Does anyone believe Trump understands that he could be impeached if he says something under oath that is not true? Does he know the difference between truth and fantasy?

Does he know who he is? Where he is? Why he’s there? 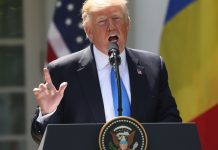 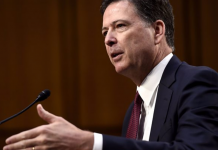 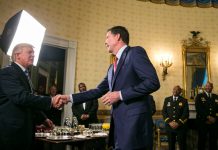