One thing about being an idiot is that people are generally free to ignore what you say. But when that idiot is blathering on a TV News channel that the President of the United States pays attention to, average idiots become dangerous.

Fox News host Eric Bolling suggested “it may be time for a preemptive strike” on North Korea, asking his fellow panelists on “The Specialists” if they’re “willing to risk Los Angeles” to a nuclear DPRK.

Sure? Why not? What could possibly go wrong? The rest of the world would salute our bravery and fortitude for unleashing nuclear death on millions of innocent civilians, right? And certainly we have developed ways to destroy a country with nuclear weapons and not affect the ecosystems of other nations around the world. Haven’t we?

“Thirty minutes is the lead time between firing that missile in North Korea and Los Angeles,” Bolling said. “Are you willing to risk Los Angeles?”

“It may be time for a preemptive strike,” he added.

After some pushback from his co-hosts, Bolling went all-in on his suggestion to attack North Korea.

“You wait until a missile is on its way to Los Angeles and hope the missile interceptor works?” Bolling asked. “And if it doesn’t, you sacrifice Los Angeles? You say, ‘We waited. We shouldn’t have waited.’”

“What are they going to do?” Bolling continued. “Fight back?”

Ah! Idiots and the idiotic things they say. 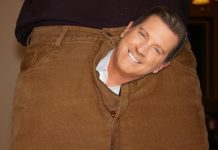