I am too disabled to stand for a very long time. But I will stand for my rights and for those of other disabled Americans.

The Americans with Disabilities Act of 1992, Title II, makes one thing clear. Government entities must provide special accommodations for people with disabilities.

WJJ Hoge III chooses to deny my my rights under the ADA, and it seems as if he might have the assistance of a Carroll County, MD, Circuit Court Judge in doing so.

In his feckless lawsuit against your host, Brett and Tetyana Kimberlin and several others, Hoge has chosen to create law where none exists. The judge in the case allows him to do so without sanction. For instance, on June 28 I am called to appear in person, 450 miles from here, to answer a ridiculous contempt of court charge for a crime that does not exist. I no longer drive. A 14-hour bus or train ride would be incredibly painful. As much as Hoge and his followers like to pretend, I actually do have and can PROVE I suffer from Parkinson’s disease. Furthermore, THERE IS NOTHING IN MARYLAND LAW OR THE MARYLAND RULES STATING THAT A PERSON PROVIDING TESTIMONY OVER SKYPE OR THE TELEPHONE CANNOT RECORD HIS OR HER OWN TESTIMONY.

I am charged with recording my own face and voice. Hoge is calling it “wiretapping.” And the judge is playing right along.

On June 9, I filed a motion asking the judge to either cancel the hearing or, in the alternative, drop the requirement that I appear in person to perform for Hoge’s dog and pony show. That hearing is June 28, day after tomorrow. As of this evening, the judge has not responded one way or another to the motion. If he has not responded by COB tomorrow, I will be expected to appear at 8:45 am in Westminster, Maryland.

To be forced to do so is a clear violation of my rights under Title II of the Americans with Disabilities Act.

The ADA provides remedies in Federal Court for disabled Americans who find their rights being violated by Judges and Courts.

If the judge continues to ignore my motion, I will avail myself of my civil rights as a disabled American.

I will resist this usurpation of my rights. 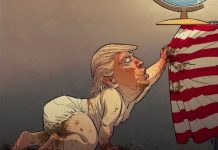 Which Gets Canceled First? Trump Presidency? Or World? 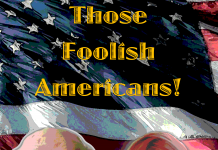 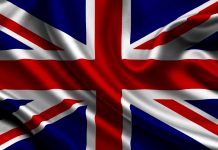 PODCAST: Standing With Our British Cousins