Right wing American Taliban Christofascists certainly do know their targeted victims: Christian conservatives living on fixed incomes who will open their checkbooks and send thousands of dollars to charlatans who throw enough Jesus, fear and hatred at them.

Trump advisor Jay Sekulow — like Jimmy Swaggart and Jim Bakker before him — is aware that these poverty-stricken, low-information Social Security beneficiaries will open their wallets and pay… as long as the Christian Charlatan appeals to their prejudices and fears.

In Sekulow’s case, his family has benefited greatly from the charity of fools.

The Daily Beast reports that Sekulow’s teenager son — with all the experience of an internship at the kids’ network Nicklelodeon — was suitable in his father’s eyes to be named as director of a “charity” named “Christian Advocates Serving Evangelism” and make a million bucks for his efforts.

Authorities in New York and North Carolina are investigating Sekulow’s charity, Christian Advocates Serving Evangelism, following reports that the nonprofit doled out millions to Sekulow and his immediate family. On Tuesday, The Guardian revealed that the so-called charity led an aggressive telemarketing campaign, asking impoverished Christians to “sacrifice” their money, or warning them that “Islamic extremists are headed in your direction, and you are most likely the main target.”

“That’s right! Send us your rent and milk money or get your head sawed off by Akbar!”

The Sekulow family has full control of CASE, which raked in $229 million in donations from 2011 to 2015 alone, The Washington Post reported. CASE solicited donations through an aggressive phone campaign. A script for CASE telemarketers, obtained by The Guardian, instructed callers to pressure the poor for money. “Could you possibly make a small sacrificial gift of even $20 within the next three weeks?” the script instructed telemarketers to ask retirees, the unemployed, and other people who said they were too poor to give. The donations would go toward preserving “our traditional Christian values,” the script said.

But over $886,000 of those funds were paid to Logan Sekulow over 12 years in his function as a director, according to tax documents.

Logan, who did not return The Daily Beast’s email, voicemail, or Twitter messages, first appeared in CASE’s tax filings in 2004, when he was listed as a “director” of the nonprofit.

Wouldn’t it be nice if we all could have unscrupulous, wealthy, right wing Christofascist daddies to set us up in business?

I’ll say it would be! 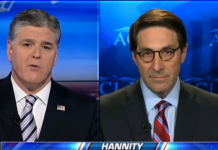 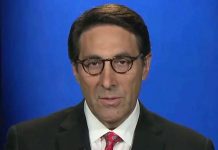 Did Trump’s Attorney, Jay Sekulow, Use His High Level Government Connections To Kill An FBI Investigation? 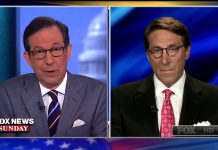