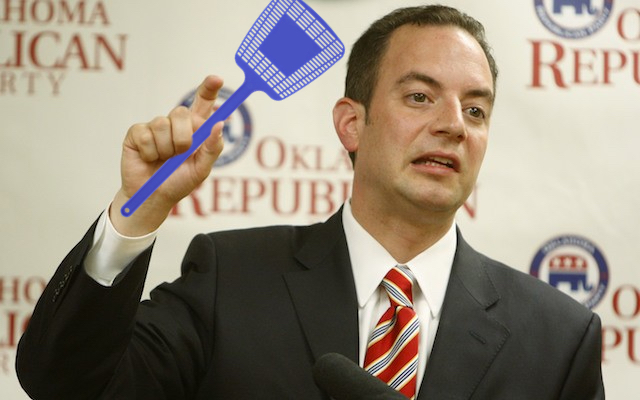 The New York Post reports that Former White House Chief of Staff Reince Preibus was ordered to rush to the Oval Office to kill a fly that was bothering the president.

Trump was holding a meeting in the West Wing office when he became outraged at an insect buzzing around him, according to The Washington Post.

Priebus was summoned into the Oval to take care of the situation.

Too bad Saturday Night Live is on summer hiatus.