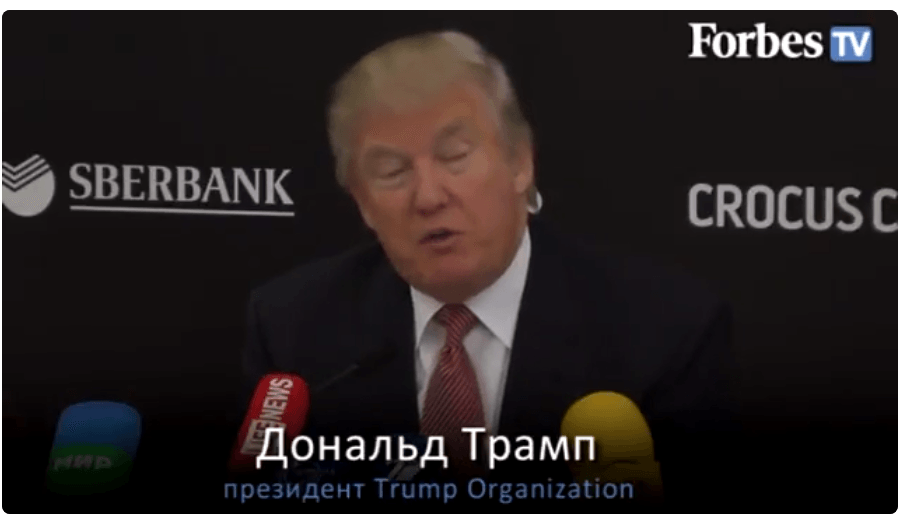 Seeing and hearing him talk about it himself, perhaps?

This was taped in 2013 when Trump was in Moscow for the Miss Universe Pageant.

The video was shot at a press conference with Trump & Russian oligarch Aras Agalarov. The press conference was in Crocus City Hall in Moscow which is owned by Agalarov. Agalarov is seated next to Trump at the press conference. He is the one who setup the Don Jr Russian lawyer meeting. His son is the Russian popstar Emin Agalarov. It is from back in 2013, but was released by Forbes Russia shortly after the campaign.

So again, this is Trump doing business in Russia, talking about his Russian business meetings, and how he will build a Trump Tower Moscow with his Russian contacts.

As they say in certain corners of the Interwebz…