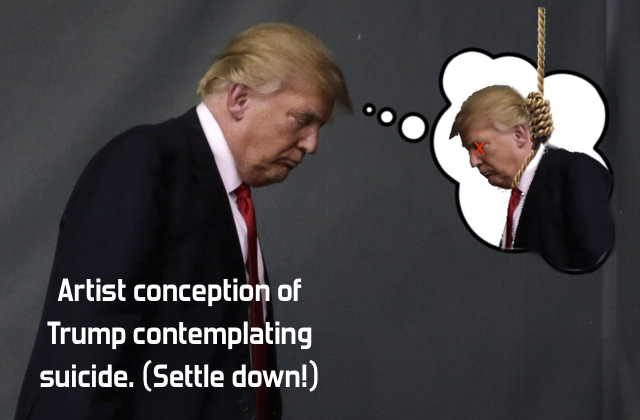 “Stop killing my dad, you guys!”

That seems to be the messaging Eric Trump, the president’s second least-favorite son, has for Trumps critics, who are FAR more nasty than the people who called Barack Obama a Kenyan Muslim Usurper and Hillary Clinton a murderer and child-sex trafficker.

If Trump actually knew what his critics were saying about him, which he clearly does not — a fact proven by his Twitter account — he would certainly flush himself down one of the solid gold toilets in Trump Tower. The one in New York. Not the one he wanted to build in Moscow that he lied about.

During an interview Tuesday on The Joe Pags Show, Trump’s son said “politics is the nastiest business I’ve ever seen” because the president is constantly bombarded with criticism.

“I mean, just the evilness and the hatred in that world is unlike anything I could have fathomed before. And no matter what he does, they’re going to hit him on it and they’re going to go after him, and it’s the swamp and it’s a corrupt system.”

“If they weren’t talking about you, you wouldn’t be doing something right and it’s important to keep it in context, otherwise quite frankly you’d probably end up killing yourself out of depression,” Eric Trump said. “But he’s doing a great job.”

Eric also said his Paw weren’t no racist because he hired minorities to work for him.

So did Andrew Jackson and Jefferson Davis.