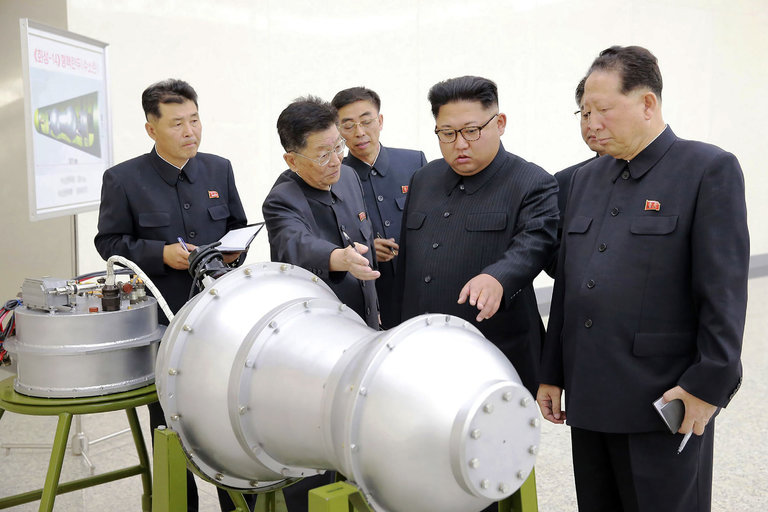 Will Trump get his ultimate distraction from the Russia Investigation? How many millions of lives is he willing to sacrifice to achieve that aim?

There seems to be little doubt that North Korea has detonated a hydrogen bomb. There is evidence that the Hermit Kingdom has developed the technology to put an H-bomb warhead atop an ICBM capable of reaching the United States.

On Saturday, the NK government announced they had successfully mounted a hydrogen warhead on just such a missile. As if to accentuate that point, the regime detonated an underground test that set off earthquake detectors around the world.

So. North Korea probably has a hydrogen bomb and the capability to deliver it.

Will Trump do what his inner voices are no doubt screaming at him to do? Launch a preemptive strike that in the best case scenarios will leave tens, maybe hundreds of thousands of North Koreans dead and equal numbers of South Koreans and Japanese as NK retaliates knowing the American strike is imminent?

Or will Trump have the will or ability to find another way?

Or, and this is a scary but possible scenario, will Trump’s generals find a way to remove Trump from the equation to save millions of lives?

Time will tell. I don’t think we will have to wait too long to find out.