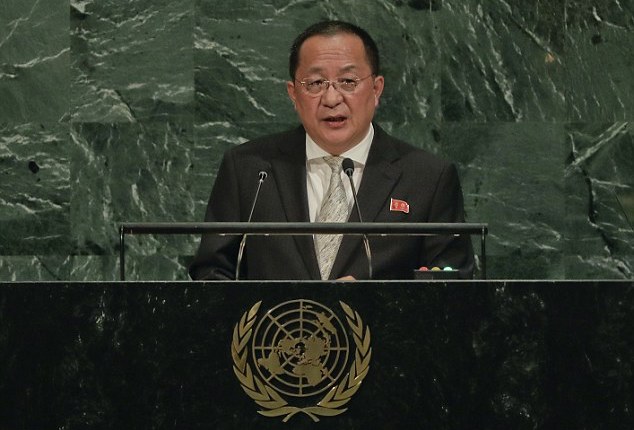 This will go on record as the first war started on Twitter.

This morning, North Korean Foreign Minister Ri Yong Ho told reporters in New York that by saying that North Korean leaders “will not be around for much longer,” that was tantamount to a declaration of war by the US against the DPRK and all options are on the table.

Among those options mentioned by the Foreign Minister, the “right” to shoot down B-1B Bombers, even if they don’t actually cross into North Korean airspace.

Talking to reporters in New York, Ri said: ‘The whole world should clearly remember it was the US who first declared war on our country.

‘Since the United States declared war on our country, we will have every right to make countermeasures, including the right to shoot down United States strategic bombers even when they are not inside the airspace border of our country.’