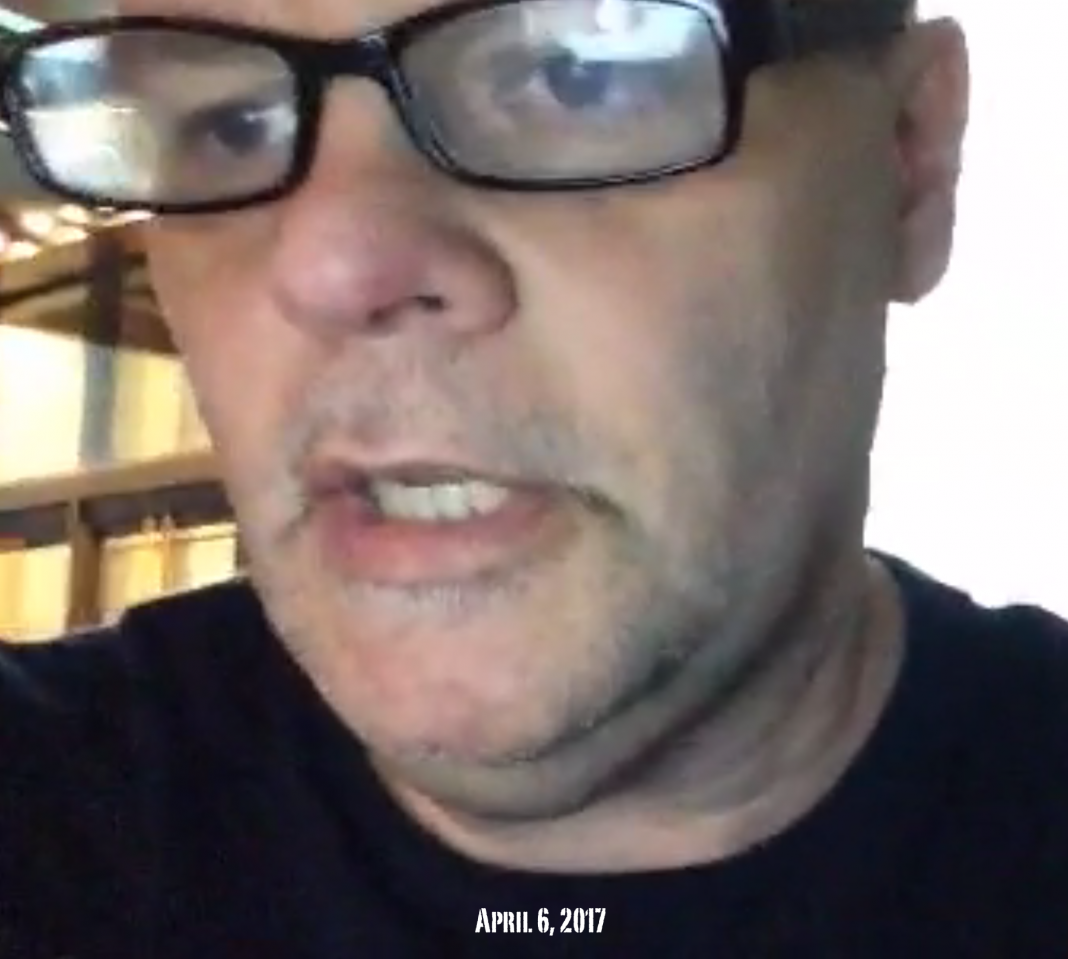 A story published today on Yahoo News by Hunter Walker and Michael Isikoff might be a cause of concern for Lee Stranahan, the former pornographer/grifter/con-man/Breitbart reporter now working for Russia’s Sputnik News Agency. According to Walker and Isikoff, the FBI is investigating Sputnik for possible violations of the law that requires agents of foreign nations to register with the Justice Department.

Andrew Feinberg, who worked at Sputnik from January until May, turned over a flash drive filled with emails during an interview by an FBI agent and Justice Department national security lawyer for over two hours on Sept. 1. In August, another ex-Sputnik staffer, Joe Fionda, also gave the Justice Department a packet of information with hundreds of documents. Yahoo News obtained copies of the documents Feinberg and Fionda provided to law enforcement.

Yahoo News has independently verified the authenticity of some of the Sputnik emails Feinberg gave to the Justice Department. The messages depict a company that stuck closely to the Kremlin’s party line.

The documents also suggest Sputnik journalists had relationships with hackers linked to Russian intelligence and key American allies of Donald Trump. The information Fionda sent to the Justice Department highlighted a tweet in which one of Sputnik’s radio hosts boasted about his role in connecting Guccifer 2.0, the hacker behind the Democratic National Committee leaks, to Roger Stone, an early architect of Trump’s campaign.

Guess who that boasting host was.

The packet of information Fionda provided to the Justice Department focused on two Sputnik employees: Cassandra Fairbanks and Lee Stranahan.

Stranahan came to Sputnik in April. He previously had worked at the conservative website Breitbart, under Trump’s former campaign guru and adviser Steve Bannon. The month before he joined Sputnik, Stranahan sent out a tweet boasting that he was the one who “introduced” former Trump campaign adviser Roger Stone to Guccifer 2.0, the hacker who obtained emails from the Democratic National Committee that were published by WikiLeaks. American officials have said Guccifer 2.0 was working with Russia’s military intelligence agency GRU as part of the coordinated effort to help Trump in the election.

Fionda flagged the tweet in the packet of information he sent to the Justice Department.

Stone told Yahoo News that Stranahan was indeed the person who first told him about Guccifer 2.0.

“Introduce doesn’t mean introduce in the classic sense. He told me who he was. He believed he had hacked the DNC — that he was a hacker,” explained Stone.

Stone recently testified before the House Intelligence Committee about his chats with Guccifer 2.0 and WikiLeaks, saying that he never communicated directly with WikiLeaks’  Julian Assange but learned about the site’s plans to publish emails damaging to Clinton from an intermediary. He described the intermediary as a journalist, but has refused to identify him on the grounds that their conversations were off the record. Committee leaders said this week they may subpoena Stone to require him to identify the intermediary.

Stranahan said it’s not him. “I don’t know anything about that,” he said. “I have no relationship with anyone at all at WikiLeaks.”

However, Stranahan did confirm he connected Stone to the hacker. He also said Guccifer 2.0 offered him documents that his editors at Breitbart were wary of publishing.

“Breitbart didn’t want to run with them for whatever reason, and they were like, ‘Have Guccifer post them first,’” Stranahan said.

Stranahan noted he has discussed his interactions with Guccifer publicly on Twitter and in video broadcasts. He doesn’t believe the Justice Department has any reason to be concerned about his communications with the hacker.

“I didn’t do anything wrong,” Stranahan said.

That’s what they all say…

In a text message exchange with Yahoo News, Fionda said he alerted investigators about Stranahan and Fairbanks because they “bragged” about being in touch with the hacker, while having connections to the Trump campaign and the Russian government through their work at Sputnik. In his letter, Fionda described Stranahan, Stone and Fairbanks as some of the hacker’s highest-profile associates.

“Fairbanks, along with Roger J. Stone Jr., and Lee Stranahan of Breitbart News, are the three most prominent public figures to have disclosed contact with the purported Russian GRU persona Guccifer 2,” Fionda wrote.

For his part, Stranahan is busy trolling MSNBC’s Joy Reid for reporting on Twitter that an industry source told her Sputnik’s radio station in Washington, DC, was going off the air.

Any big news scoops for us this morning?

BTW you can listen to episodes of Fault Lines on @SputnikInt in case you missed!

Note, the self-professed “Best Journalist in the World” has a problem with spelling.

I know you’re not embersssed. That’s actually the most embarrassing part. https://t.co/7VENdemvSI

But he’s an EXPERT troll!

We’ll have to wait and see if Stranahan remains in such high spirits if he’s dragged into an interview with the FBI.