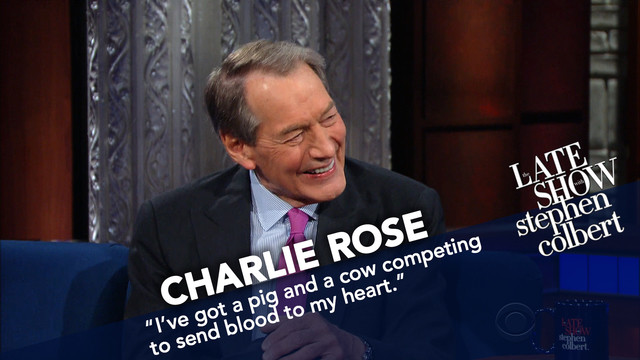 In news that will have to send an icy chill down the back of every professional man who knows he has acted inappropriately with or around a woman, CBS and PBS have announced that anchor Charlie Rose has been suspended. The action comes after a Washington Post story in which eight women allege that Rose made unwanted sexual advances toward them, including lewd phone calls, walking around naked in their presence, or groping their breasts, buttocks or genital areas.

The floodgates are open, and there is no shutting them now. This is why it is more important than ever that false allegations be shouted down by women, as well as men, as every false charge that is proven false makes it harder for the women with legitimate claims.

That the floodgate is open is a good thing. Now, any man with the capability to think with his brain instead of his gonads will understand that women are becoming empowered, they are losing the fear of coming forward to reveal their attackers.

Read the story about Charlie Rose. You will see things with your mind’s eye that you will never be able to un-see.

We are all well-advised to remember that the Constitution requires a presumption of innocence in the absence of guilt. This is not a partisan issue. It is a symptom of a social disease that has held women down, denied them their rightful place on an equal standing with men.

If you condemn Charlie Rose but support Roy Moore? You are a hypocrite.

If you condemn Al Franken but stand by the admitted serial “Groper-in-Chief,” you are a hypocrite.

There are going to be more revelations like this. Some will be false, as we suspect Leeann Wheeden’s accusations may be based on evidence that shows her allegiance to right wing frauds like Sean Hannity. But most of the accusations will likely be true.

Men hold the power. Bad men use that power to do bad things. It’s time for all of that to change. 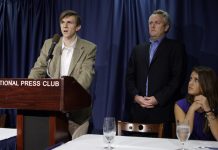 O’Keefe Boasts About Covering WaPo’s Fists with His Blood 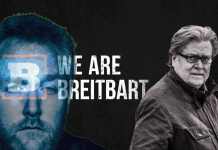 Breitbart Shocked by WaPo’s Use of Journalism to Get Story 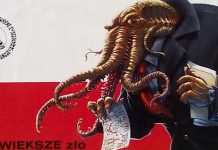 WaPo: Trump Foundation Not Certified to Ask for Donations