Ah, Iowa. The Hawkeye State presents us with an embarrassment of riches in the U.S. Senate — the key word being “embarrassment.”

Sen. Joni Ernst wasn’t trying to elicit laughter from her audience over the weekend, but that’s just what she got when she suggested that President Trump was merely “standing up for Norway” when he made his infamously racist “shit hole” comment in the Oval Office last week.

According to a local TV report, Ernst was confronted by a constituent named Barb Melson about “the damage that Trump is doing to our neighbors around the world with his white supremacy talk.” Ernst responded by defending Trump, saying, “He is standing up for a lot of countries.” A constituent then asked Ernst to “name a few.”

“You bet, Norway is one of them,” Ernst replied, as the crowd broke out in laughter.

In a Sarah Palin-esque twist, Ernst then suggested that Trump’s purported desire to forge closer ties with Norway could help America deal with Vladimir Putin.

“You laugh, but folks — who borders Norway? Russia!” Ernst said.

Yes. And she can see them from her front porch! 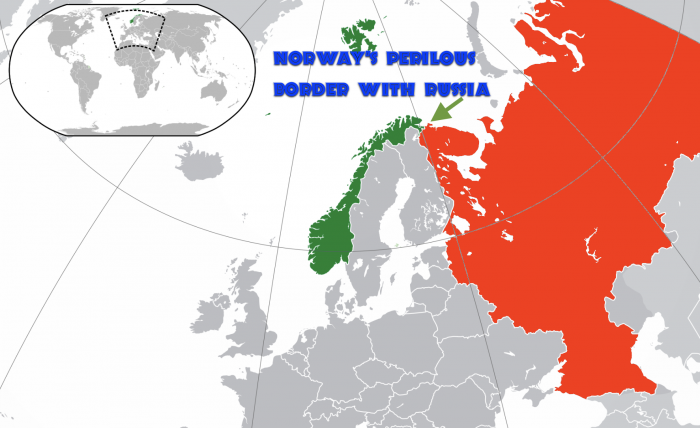 “Deep inside, no, I don’t think he’s a racist,” Ernst replied, her response “drawing groans from the crowd,” according to the Des Moines Register. “I think he’s brash and he says things that are on his mind, but I don’t truly believe that he’s a racist.”

Of course, this “belief” disregards the factual evidence that Trump has a history of espousing racist views. Who can forget that Trump’s rise to national political prominence during the Obama years was due in large part to his promotion of a racist conspiracy theory that then-President Obama was a secret Muslim who was actually born in Africa?

Other than his Republican racism-enablers in Washington, that is.