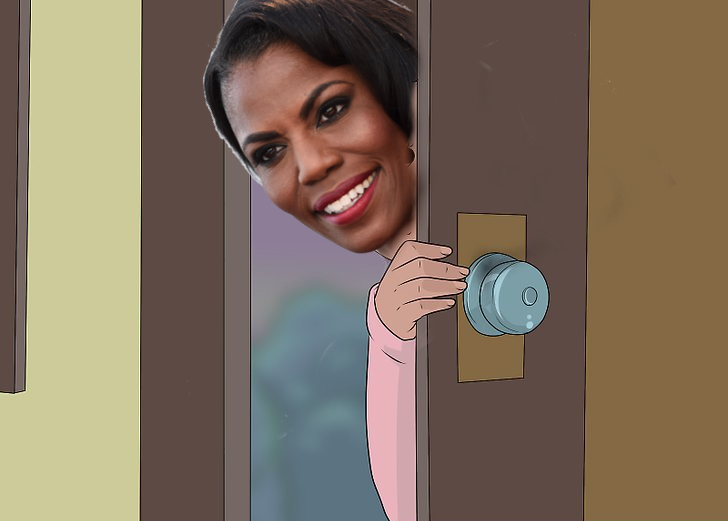 Raise your hand if you did not see this coming. We’d like to sell you a barely used bridge in New York City.

Former reality TV star Omarosa Manigault Newman, who was fired late last year from her job as a Trump aide, reportedly recorded conversations about sensitive issues during her tenure in the White House.

According to the publication’s sources, Omarosa has been lawyering up because she expects to soon become a witness in Mueller’s investigation into Russian interference in the 2016 presidential election.

Gee. A woman known for subterfuge and deception actually snuck in recorders? To record?

Knock us over with a feather.

“Everyone knows Omarosa loves to record people and meetings using the voice notes app on her iPhone,” one source explained. “Don’t be surprised if she has secret audio files on everyone in that White House, past and present staffers included.”

The source also claimed that the White House’s recent decision to ban staffers from using their personal smartphones in the White House was because of Omarosa’s habit of recording conversations at all times.