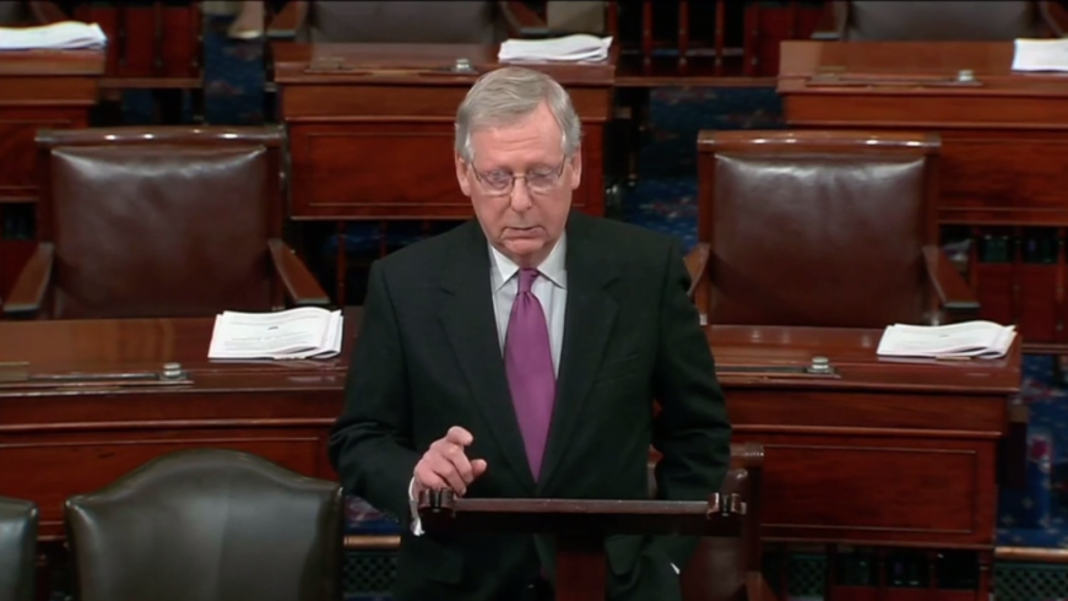 At this moment, it appears that Senate Democrats are willing to trust Majority Leader Mitch McConnell farther than they can throw him.

MSNBC reports that it appears there will be enough Democrats switching their votes from “no” to “yes” to allow a three-week continuing resolution to reopen the Federal Government.

According to Politico, McConnell has called for a vote for noon today that would re-open the government through Feb. 8. He pledged Monday on the Senate floor that as long as the government remains open he will proceed to an immigration debate with a “fair” amendment process and a debate that will have a “level playing field.”

Democrats, feeling burned about the House neglecting the Senate’s immigration bill in 2013, want a more ironclad commitment from GOP leaders to take up a legislative fix to the Deferred Action for Childhood Arrivals program, which has given legal protections to hundreds of thousands of young immigrants.

But it’s looking unlikely that Democrats will get one, at least for now. Senate Majority Whip John Cornyn (R-Texas) defended McConnell as a “trustworthy, honorable person” and said Democrats should take the Kentucky Republican at his word.

Only time will tell whether or not Democrats are left empty-handed after trusting McConnell’s “intentions.”