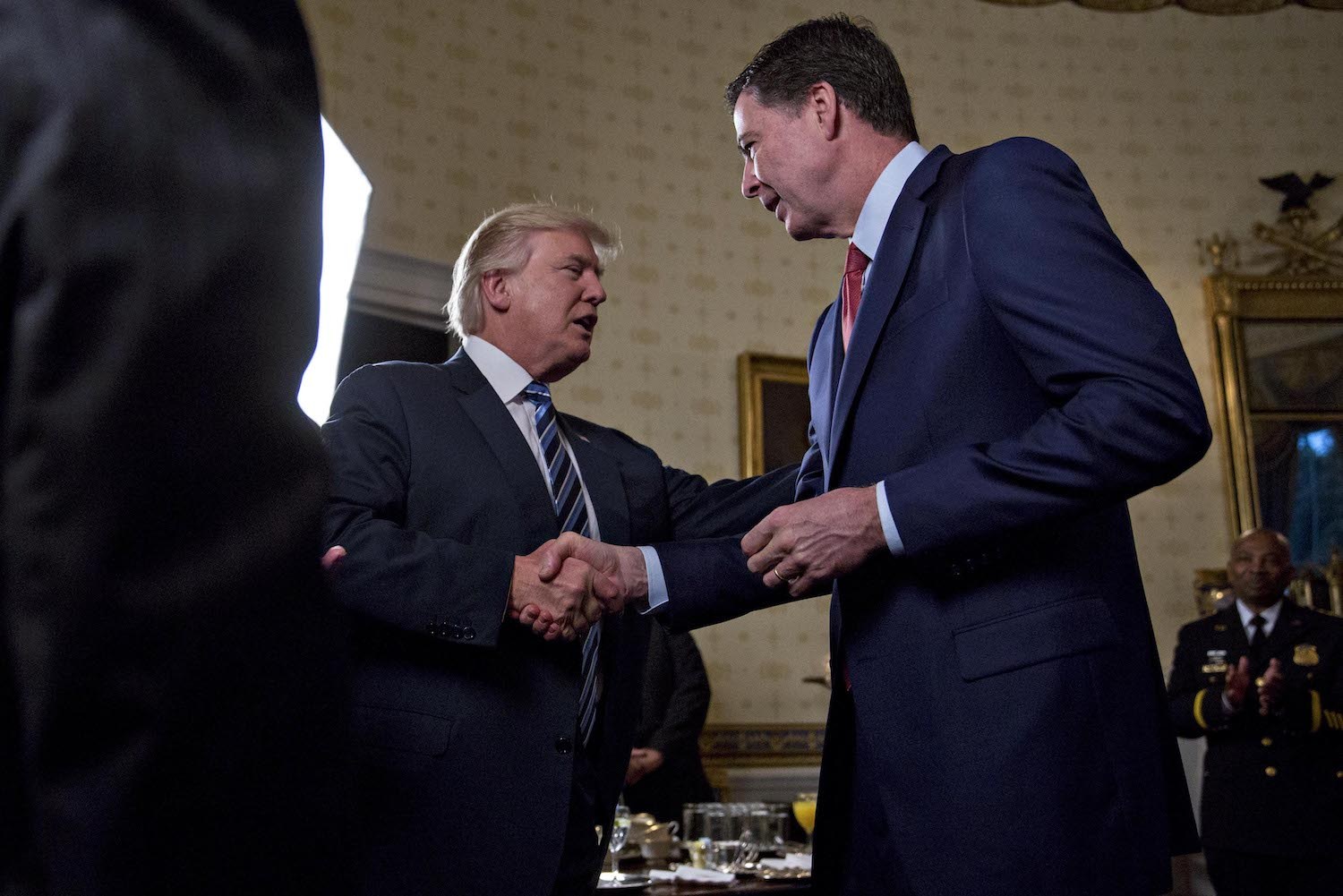 According to a report published by Foreign Policy, Donald Trump pressed senior aides last June to devise and carry out a campaign to discredit senior FBI officials after learning that those specific employees were likely to be witnesses against him as part of special counsel Robert Mueller’s investigation, according to two people directly familiar with the matter.

The FBI officials Trump has targeted are Andrew McCabe, the current deputy FBI director and who was briefly acting FBI director after former FBI Director Jame Comey’s firing; Jim Rybicki, Comey’s chief of staff and senior counselor; and James Baker, formerly the FBI’s general counsel. Those same three officials were first identified as possible corroborating witnesses for Comey in a June 7 article in Vox. Comey confirmed in congressional testimony the following day that he confided in the three men.

In the past, presidents have attacked special counsels and prosecutors who have investigated them, calling them partisan and unfair. But no previous president has attacked a long-standing American institution such as the FBI — or specific FBI agents and law enforcement officials.

According to the Foreign Policy article, shortly after Comey’s June 8 Senate testimony, Trump was warned by John Dowd — a veteran criminal defense attorney, hired to represent him in matters related to Mueller’s investigation — that the potential corroborative testimony of the senior FBI officials in Comey’s account would likely play a central role in the special counsel’s final conclusion, according to people familiar with the matter. Trump told at least two senior White House officials that, based on what Dowd told him,

In discussions with at least two senior White House officials, Trump repeated what Dowd told him to emphasize why he and his supporters had to “fight back harder.”

As acting FBI director — and later returning as deputy director — McCabe could potentially be, next to Comey, the most damaging FBI witness against Trump in Mueller’s investigation.

Trump has singled out McCabe for his most aggressive attacks.

On July 26, Trump tweeted that Sessions should fire McCabe: “Why didn’t A.G. Sessions replace Acting FBI Director Andrew McCabe, a Comey friend who was in charge of Clinton investigation but got … big dollars ($700,000) for his wife’s political run from Hillary Clinton and her representatives. Drain the Swamp!”