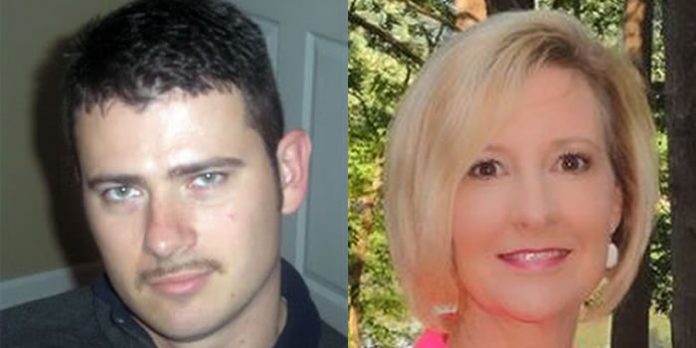 Shadrack McGill came to the Alabama legislature on the 2010 midterm wave, when tea parties were at high tide across the nation and Karl Rove injected millions into a statewide advertising blitz. It was the first time the state house had been in Republican hands since the 1870s, but Senator Shadrack was still not satisfied with this reversal of history, for what he truly wanted — in his own words — was to take the Heart of Dixie all the way back to “an Old Testament civilization.” During his one term in office, Shadrack McGill did his best to get Alabama there by attacking teacher salaries and retirements, since taking educators out of the middle class is the best way to bend young minds away from all that godless science, math, and reading-books-that-are-not-the-bible stuff. But poor Senator Shadrack has kids growing up back home in Jackson County, and the state’s 30-day annual legislative session kept him away from home too much, so in 2014 he decided to run for county Revenue Commissioner instead of reelection. Impressed by his priorities, the voters of Jackson County chose to let sweet Mr. McGill spend as much time with his family as he likes by picking Kathy Thompson in a blowout.

But he’s back, ladies and gentlemen, and this time he’s running against Richard Shelby for US Senate so he can be that much farther away from his family. Reporting as ‘countrycat’ for LeftInAlabama.com, today Larisa Thomason attended his announcement with a small crowd that mostly consisted of his family.

McGill explained that he was running for Senate because (of course) the Lord asked him to. McGill is sure he’s just the right person to fight for Christian values, fight ISIS, fight jihad, and support our troops and veterans.

With his prepared speech resting on a music stand, it appeared at times that McGill and the crowd were all hearing the speech for the first time. Really, is it that difficult to practice beforehand? At approximately 10 minutes, his address was long on platitudes (“pass the torch,” “support troops and veterans,” “Christian values being destroyed,” etc.) and painfully short on specifics. When pressed by reporters after his speech had concluded, McGill was either unwilling or unable to articulate any coherent reason he thinks Shelby needs to be replaced.

He finally offered one reason: Shelby is against Planned Parenthood, but not opposed enough. “It’s easy to give a vote,” McGill explained, referring to Shelby’s vote to defund Planned Parenthood.  But Shelby is not enough of a leader on the issue and Alabama needs a “stronger voice.”

Indeed, one of McGill’s only ‘accomplishments’ in Montgomery was to submit a fetal personhood bill that would have outlawed some forms of contraception, so he probably would be a “stronger voice” against Planned Parenthood than Shelby. Even when McGill almost certainly loses, he intends to make Shelby guard his right flank and be a “stronger voice” for the Planned Parenthood witch hunt just by running against him. It’s an example of the well-known ‘Overton window’ theory, in which the bounds of political possibility are stretched ever-farther to bring ever-more extreme discourse into the range of acceptability.

Mind you, Democrats make this same rationalization too. For example, it’s a chief benefit to having Bernie Sanders run for president against Hillary Clinton: even if he doesn’t win, he still forces her to adopt more progressive policy stances in her platform. While Democratic politicians have not become as polarized as Republicans yet, blue districts are also seeing a trend that mirrors the one in red districts. The point here is that Republicans have been doing it for longer, and harder, and that deeply-red states like Alabama have long since become the Petri dishes where you can find new, mutant strains of conservatism ready to eat the world.

For although there have been some spectacular failures when the new, more extreme Republicans manage to beat incumbents — Christine “not a witch” O’Donnell comes to mind — there have also been successes, including about forty House Republicans who call themselves the ‘Freedom Caucus’ because they keep trying to throw the country into chaos.

Which brings us to Tea Party darling and Wetumpka, Alabama resident Becky Gerritson, who is also running an ‘Overton window campaign’ against Rep. Martha Roby, and has put me on her mailing list for some reason.

When I stood in front of two separate crowds of homeschoolers this week, I was both moved and encouraged to hear what issues were important to them. I heard probing questions on the state of our religious liberties and freedom of speech, the country’s climate for jobs and national economy, the overreach of the NSA, and about bills moving across the country to change gender-specific public restrooms and locker rooms into “transgender-friendly” areas. We talked about ways they can begin to address these issues as active citizens and about how I intend to combat them as their representative in Congress. I told them these are precisely the kinds of issues that inspired me to run so that the people of the Second Congressional District would have a representative that will stand up and fight for the conservative principles we need.

Martha Roby has given us six years of failed leadership that does not reflect these concerns in her district. Her conservative voting record is 15 points lower than the democrat she replaced, and every major conservative organization that constructs legislative scorecards rates her tenure in Congress as a failure.

Even the youth of this district understand the needs of their community and have the gumption to fight for the future we know our nation deserves. So much inspiration for this campaign comes from young people like these joining the fight right now, who are signing up as volunteers, to put a real conservative in Washington. You can, too.

While hers is not a household name, the ‘Freedom Caucus’ will all know Becky Gerritson, and so will most Tea Party activists. A few years ago, Becky and Mr. Gerritson started a ‘Wetumpka Tea Party’ to apply for nonprofit status with the IRS, which was actively looking out for a new wave of political nonprofits and made the rare mistake of trying to do its job by vetting a few of them. While only one liberal organization was ever actually denied nonprofit status, and Republican budget cuts exacerbated the delays, a contrived ‘IRS scandal’ nevertheless consumed most of the political oxygen in 2013 — and Becky Gerritson became the star witness in the witch hunt of Lois Lerner. Today, she spends her time telling homeschoolers how the evil Obummer targeted her organization for special scrutiny to cover up the metadatas and usher strange men into the ladies’ room.

Marth Roby is most famous for asking Hillary Clinton whether she was alone “the whole night” of the Benghazi attack. But she’s also been described as “spearheading” the Planned Parenthood witch hunt in the US House of Representatives, so of course she’s a horrible RINO (Republican In Name Only) to Erick Erickson of RedState.com, who calls Roby one of retired Speaker John Boehner’s “most reliable votes these last few years” as he wrestled with his intractable ‘Freedom Caucus.’

Roby voted to fund President Obama’s executive amnesty in December of 2014, in supporting the $1.1 trillion “cromnibus” bill. She claimed that it did not include amnesty because there was no specific line item for “amnesty.” But that is not how spending bills are written. Spending bills provide large pots of money to the government agencies to spend. Congress must then attach funding limitations or “riders” to the bills to ensure that the agencies cannot spending the money on certain activities. Defunding hinges entirely on the rider. Roby either knows this and is misleading her constituents or is herself ignorant of how Congress works.

See how that works? If you drag the Overton window so far that funding federal agencies on time is exactly the same as voting for Obama’s  pro-terror immigratings, then blithering know-nothings like Gerritson and McGill suddenly operate in a legitimate political space. This is how our American political conversation becomes dumber all the time: John Bircher conspiracy fantasists and homeschooling Tea Party activists run for office; some of them lose, but all of them win. 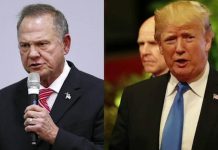 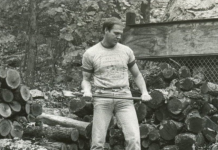