This is a follow up to the original article posted on BU. What I will point out here is that Ali A. Akbar, a convicted felon, had other charges posted against him when he was originally released from jail on theft charges in November 2006. It appears that the credit card fraud charges happened on or about the same date, December 5th 2006, as this new charge, which was burglary of a vehicle. However, this charge was not adjudicated until almost 2008 when it was dropped during a plea bargain which Ali Akbar made to dispense with his theft and credit card fraud charges. However, and this is key, Ali Akbar had claimed he was not actually ever in jail, rather he was a one time offense person who wised up and changed his life after it. This event here shows that he committed credit card fraud after breaking into a vehicle to steal said credit card, in this case the vehicle was a van owned by Russell Huffman, with the INTENT TO COMMIT THEFT. This theft turned out to be the credit card that Ali Akbar eventually used. There was no second guy, no I was out in the car with someone else who was stealing and robbing as Ali said previously to explain away these charges when asked about them. No, in fact it was Ali out ripping people off and stealing their personal belongings and then breaking into their cars to steal their credit cards after being caught previously on theft charges. So it was a pattern of criminal activity that did not cease once he was caught for earlier activity, but continued on ghetto style until he was caught again and finally stopped.

So after getting out of jail on the theft charges he went out and committed more crimes days later, in this case, burglary of a vehicle which contained the credit card which was later used in the credit card fraud, and continued his crime spree until finally being stopped.

So he was supposedly rearrested in August of 2007, almost 8 months after the original charges in which he was then confined to the Tarrant County Jail until he could be bailed out. At the time he was claiming he was indigent, which means he had no money for an attorney or bail or anything, and for all intents and purposes was totally broke. These charges were later reduced as part of a plea agreement. So as we can see here, Ali Akbar, who is now President of the National Bloggers Club, was in fact jailed yet again for these other charges in which he finally had reduced and disposed of as part of a plea. However before that, The State of Texas was in fact going to use these additional charges to show a pattern of criminal activity that the state felt showed that he had not learned any lessons or felt any remorse for his previous acts. And after being released on one charge, he went out and committed new crimes, to wit, burglary of a vehicle, and then another crime of credit card fraud, which was the property that was obtained during the burglary of the vehicle. At present Ali Akbar has been recently released as of May 2012 off of probation for this crime spree and now has been seen in the company of congressmen and other political heavyweights of the day. BU questions whether or not these heavyweights even know what kind of individual Ali Akbar is or was in his recent past? I note that other bloggers who Ali is claiming to represent under his National Bloggers Club coalition have been questioning whether or not Mr. Akbar should even be allowed to raise money for the club, or even be a part of it due in part to his hiding of these charges from conservatives, and then once outed for them, claiming that it was a one time event, and that it had to do with him being in the car with some other guy who was committing the crimes; when in fact this was not the case at all. It was Mr. Akbar who was out stealing and robbing people of their belongings and money and not some fictional character that Mr. Akbar created to explain his past criminal activity. As Mr. Akbar has recently been seen with conservative heavy hitters such as Foster Friess, James O’Keefe, and various Congressmen and Governors, including but not limited to Newt Gingrich and Governor Tim Pawlenty, it is questionable whether or not these congressmen and governors would want to be tainted or even be seen or associated with Mr. Akbar and his past criminal activity. Buyer beware when it comes to these right wingers who claim they are holier than though, but when truth about them is exposed, they threaten or try to abuse people for telling that truth while claiming in the same breath that they are the victims of some left wing conspiracy, and that these articles are further proof that this is some scam or bullshit truth that is not to be believed. I have noted after reading a number of these right wing conservative blogs that they all to a man try and say don’t go over to BU or any other left leaning blog and read anything because it can damage them for doing so. And even more comical is how they frame their own blogs as in “Only Trust Content From Us” and not any left leaning liberal blog like BU lol. It is almost as if the right wing conservatives are afraid that the secrets they hide will be exposed, and oh no, they will have to actually read those secrets and think about them. Funny how the right wing doesn’t even investigate their own before turning over large sums of money to these thieves. But stranger things go on daily I guess. Suffice it to say that Mr. Ali Akbar has some past criminal issues that he now claims are over and done with. But are they? I guess it remains to be seen…. 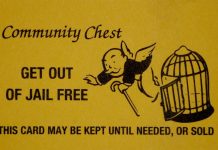 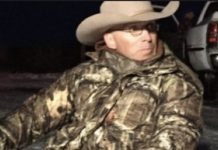 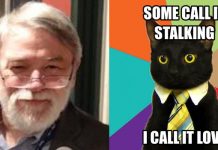 Bad Faith: An Outrageous Perversion Of Justice In Maryland