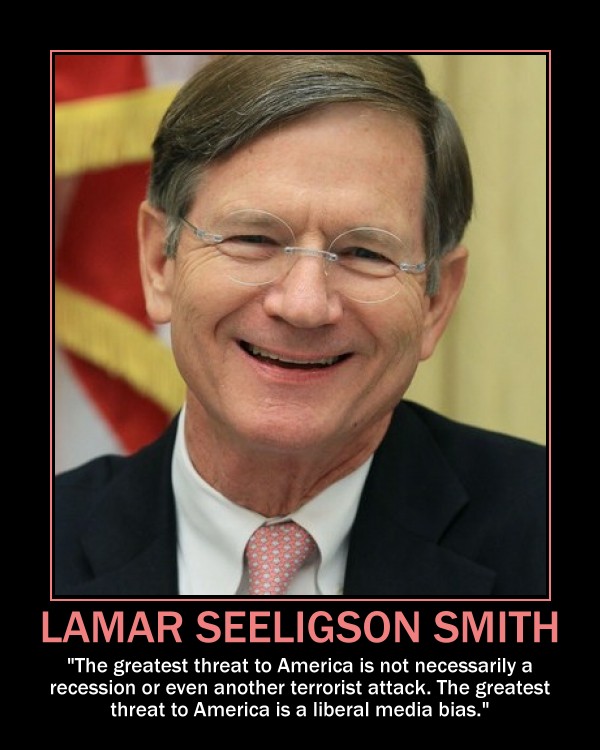 House Republicans want to change the way the National Science Foundation awards grants. But this is no dry academic debate: Representative Lamar Smith of Texas wants to reduce one scientific field in particular, and for entirely political purposes.

For example, the bill would require the NSF to ensure that one grant recipient didn’t receive a grant from another federal agency for research with the “same scientific aims and scope.” The idea was to prevent double dipping. But advocates warn that it could dry up funds for research with multiple components.

Another part of the bill stipulates that if an investigator receives more than five years of funding from the NSF, he or she can only get additional funding by contributing “original creative, and transformative research under the grant.” Ensuring that the government doesn’t plow resources into stalled projects may be laudable. But scientists shudder at the idea that they, let alone politicians, can definitively tell whether research will pay dividends after half a decade.

These quips merely feed a larger problem that Democrats and the White House have with the bill. Rather than offering a single budget level for the NSF, the FIRST Act authorizes levels for individual directorates, or sub-agencies, within the foundation. The big winners in this equation are the Directorate for Computer & Information Science & Engineering and the Directorate for Engineering. The loser is the Social, Behavioral, and Economic Sciences Directorate, which is poised to get a 22 percent budget cut from fiscal year 2014 levels.

Conservative ideology boils down to a series of easy moral fables, so social science has always antagonized reactionaries on the American right. When empirical studies show that children raised by same-gender couples and heteronormative couples are equally happy, culture warriors wind up on the wrong side of both history and science. When social scientists discover that giving homeless alcoholics housing makes them more likely to sober up, it challenges the conservative orthodoxies that only tough love and Twelve Steps can cure an alcoholic, and that the homeless deserve their situation. And when study after study fails to find evidence that raising the minimum wage destroys the economy, but rather tends to drive economic growth, it contradicts the ‘job creators’ catechism of opponents.

Lamar Smith wants to starve the Social, Behavioral, and Economic Sciences Directorate so that empirical, scientific fact will stop contradicting his fairy tales. Ask him about climate change, for instance, and he will tell you that God controls that situation, which is why we should all pray harder and stop worrying about the temperature, or the greenhouse gases, or the rising sea levels, because they are probably just a conspiracy to fool us into acting against God’s will. Smith has reaped rewards from the Koch brothers for all of this anti-science advocacy, but it is not money that drives him. He is a genuine anti-science ideologue.

“For a committee that is supposed to be advancing science, we seem to be doing an awfully good job of advancing selective science,” said Representative Joseph P. Kennedy III, a Massachusetts Democrat on the same committee. “It’s been frustrating, particularly of late.”

Kennedy called the Republican bill an “opportunistic approach to defunding or attacking certain areas of science that you either don’t agree with or that you don’t want to see what the results might actually be.”

The fable Smith tells about the National Science Foundation is that it funds too many studies unrelated to the national interest. We find it interesting that a Republican would suddenly become a statist, asserting the dominance of the state’s interests over the interests of science itself, simply because he does not like studies that burst his bubble about public policies. Why do House Republicans want to completely defund political science? Because they want the science completely out of their politics, thank you very much. Lamar Smith’s ‘national interest’ is really the party’s interest. Compared to some of the members of his committee, Smith is practically a moderate.

In fact, the overriding national interest in having a National Science Foundation is to keep the world’s best scientists in America. That is getting much harder to do these days, by the way, thanks to budget cuts in basic science. In a rational country, this would be declared a national emergency:

Dr. Andrew Goodman, an assistant professor of microbial pathogenesis at the Yale School of Medicine, said that it has become routine for researchers like himself to file grant applications in each of the three funding cycles for the NIH — a pace of groveling that he “had never heard of until about a year ago.”

“The grants are not improving because it is more competitive. People are just writing more of them,” he said. “The people who should be spending time mentoring students or working with colleagues are instead just spending time writing grants for every possible submission date there is.”

With more competition and fewer opportunities, the science and medical communities have watched a promising generation of young researchers leave their ranks — disenchanted or lured to better opportunities elsewhere.

Dr. Jonathan Pillow, an assistant professor in the Department of Psychology at the University of Texas at Austin, relayed how he had considered leaving the country for a research opportunity in Switzerland, where they gear funding around the scientist more so than around the project. The chance of leaving an “uncertain” U.S. funding climate was “appealing,” he acknowledged, and several of his colleagues had already moved to Europe. Pillow ultimately stayed after ending up with a solid offer to study neurophysiology and human behavioral experiments at UoT.

“For many years, the United States has benefited from a kind of reverse brain drain, which is that the best and brightest from all other countries would come to the United States to do research because we had for a very long time the most generous support for basic science,” said Pillow. “But I have seen, especially recently, the trend is starting to reverse a little bit.”

But Smith is probably not alarmed by the impact all this budget-cutting has on medical science, either, because he is a Christian Scientist who believes that people can heal themselves through faith and prayer, without the help of doctors. This is America, so he is free to believe any fairy tales he likes, but Smith wants to referee and micromanage scientists whose work impacts everyone’s health, safety, and well-being. Politicized science is not just bad science, it is actually bad for America.

The objective of all this budget-cutting is clear: rather than continue to argue with the data, Lamar Smith wants to choke off the flow of new information from America’s scientists so that he can hold false policy debates within the pure vacuum of ignorance. It is a familiar tactic, one that the gun lobby has successfully used to suppress studies of gun violence data for many years. This is not science; it is Lysenkoism.

Video: Chris Mooney speaks about the Republican War on Science during the Bush years.