An unclassified version of a highly-classified Intelligence Community Assessment confirms that Russia actively and aggressively tried to put their thumb on the scale to ensure a Donald Trump victory.

So, now, what in the hell are we supposed to do?

Trump voters will believe whatever Donito Cheetolini tells them to believe. They are a lost cause.

What option does that leave for the rest of us?

The “talking heads” say there is no way to say for sure whether or not the Wikileaks/Russian hacking and release of John Podesta’s e-mails had any affect on the outcome.

A YouGov/Economist poll showed the race at 44-38%.

The Real Clear Politics average had the race at 49-41%.

She led in Wisconsin by 7 points, in Virginia by 3, in North Carolina by 4, in Pennsylvania by 9.

Then, Wikileaks and FBI director James Comey’s bombshell announcement that turned out to be a nothing-burger.

The drip, drip, drip of the hacked emails — published weekly during October — makes it all but impossible to measure their effect precisely. So much else happened during the final weeks of the campaign — the “Access Hollywood” tape, the Comey letter, the debates, etc. But we can say two things: (i) Americans were interested in the Wikileaks releases, and (ii) the timeline of Clinton’s fall in the polls roughly matches the emails’ publishing schedule.

How in the hell is the American Public supposed to support a president who had the election handed to him by a murderous dictator?

Among the conclusions in the unclassified ICA report: 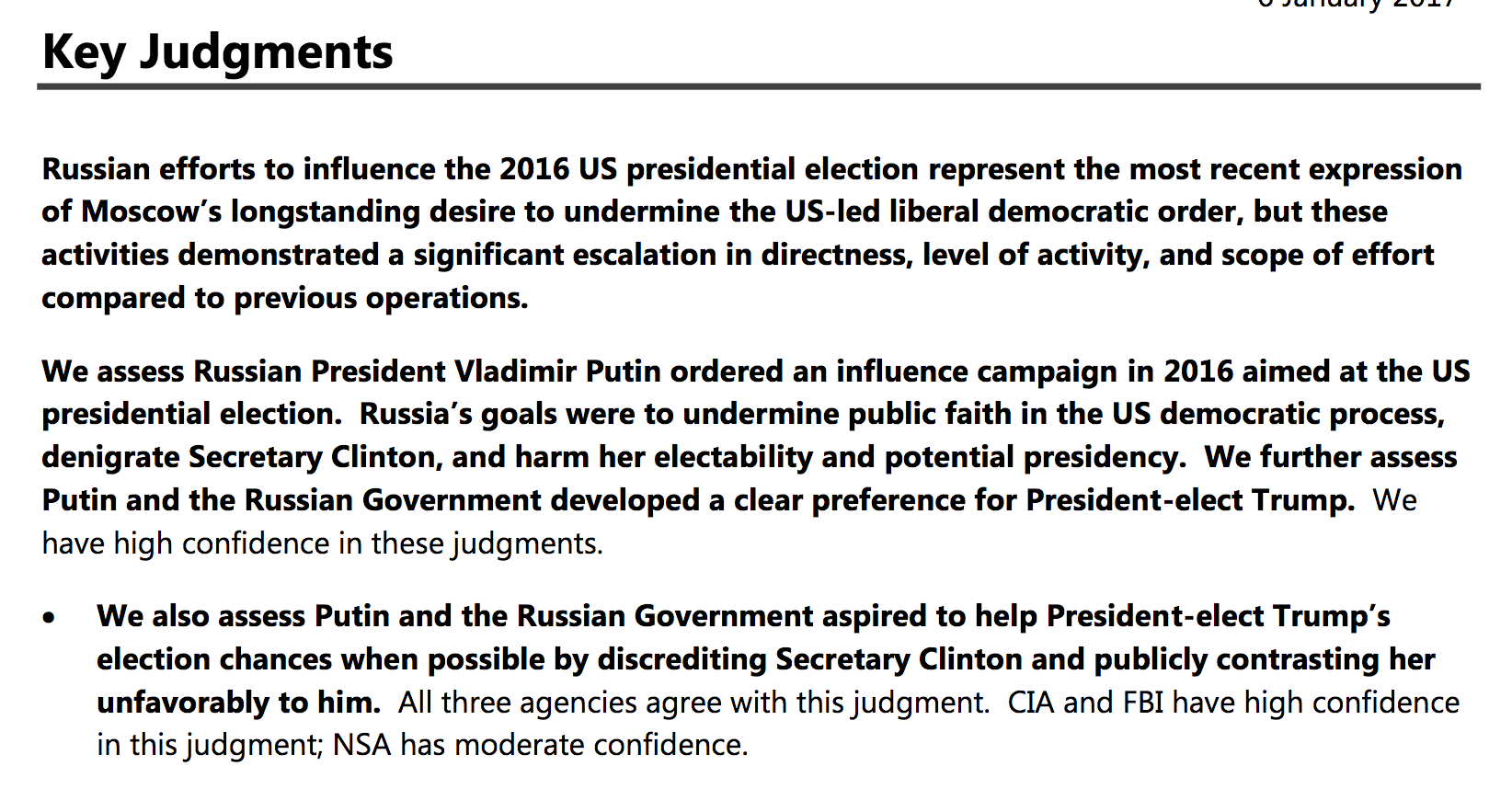 Today, Congress certified the Electoral College’s vote for Donald Trump as Vladimir Putin’s choice to lead the United States for the next four years.

And there isn’t a goddamned thing we can do about it.