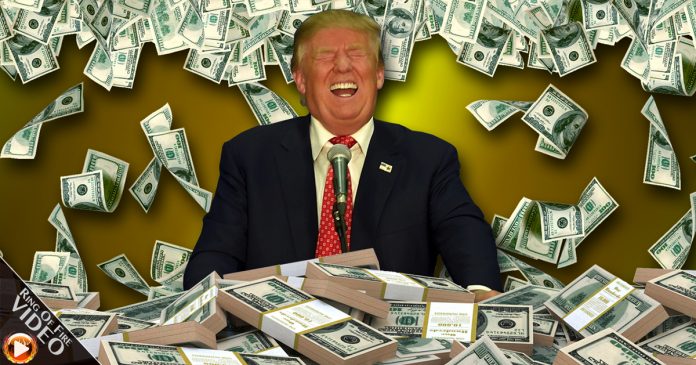 The Republican National Committee had the integrity to return a donation for $250,000 from a Russian-American businessman whose had ties to Russian state-owned companies.

Raw Story reports that the Trump administration had no such qualms about a million dollar handout from the same dude to fund the underattended inauguration.

In a Wall Street Journal report on the big donors who paid for Trump’s inauguration, the publication notes that Trump’s inauguration fund received $1 million from Alexander Shustorovich, a businessman who has drawn controversy over his relationships with Russian government officials and state-owned businesses.

In fact, the Journal notes that Shustorovich’s ties to Russian oligarchs “prompted the U.S. to refuse to allow him to be part of a uranium deal two decades ago, on national-security grounds” and also “led the Republican National Committee to return a $250,000 check from him in 2000.”

“The determination was made that the funds in question weren’t worth the trouble,” former RNC spokesman Terry Holt told the Journal back in 2000.

The reasons for not accepting the money are still there. But it just would not do to offend Vladimir Putin.