Imagine the plight of the neo-fascist alt-right skinhead who truly believed Donald Trump would have all the “n*ggers, k*kes, “sp*cs, qu**rs and other non-white, undesirable ‘untermensch‘” in the camps or in smoldering piles of ashes by the end of his first 100 days in office.

Lois Beckett, senior reporter for the Guardian, has a longform investigative dispatch from Pikeville, Kentucky on Saturday’s planned neo-Nazi rally. “On Friday evening, the neo-Nazis assembled at a Walmart parking lot and formed a caravan of more than 20 cars…”

Beckett spoke with Art Jones, “who the Anti-Defamation League identifies as a Holocaust denier who has been dressing in Nazi garb and celebrating Hitler since the 1970s.”

“I’m sorry I voted for the son of a bitch, I really am,” Jones told Beckett. “I’m embarrassed that I voted for him.”

Beckett reported that Jones abandoned Trump due to the “Jewish lobby” and Trump relying upon the counsel of his son-in-law, Jared Kushner (who is Jewish).

Poor Jones. If he had his way, he’d have all of them shot. 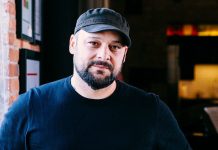 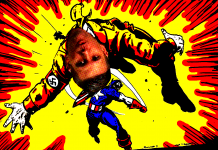 Spencer Kicked in the Nutsies by Venue Owner’s Jackboot 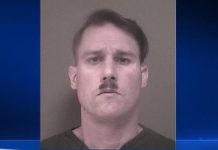