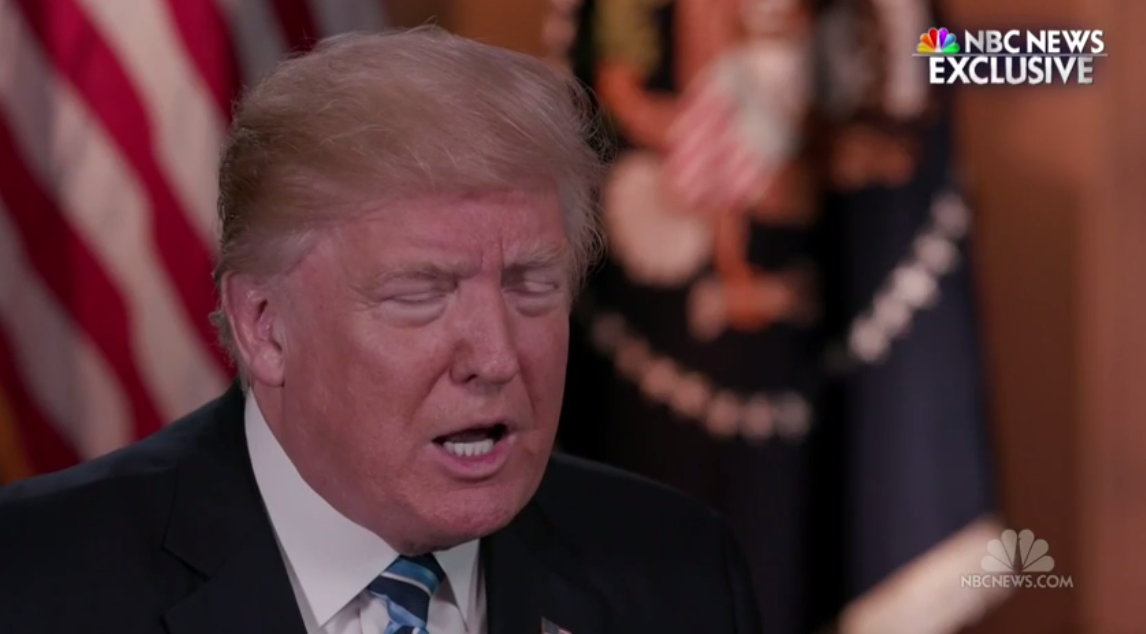 When the incipient missus heard that Lester Holt was going to interview Donald Trump for broadcast tonight, she erupted. “Why waste the time? All he’s going to do is lie.”

Now, she understands the utility of a free press putting the spotlight on Mad King Donald.

Yes. Trump will lie. But, yes, Trump will also contradict what his staff has been saying for the past 48 hours.

“Look, he’s a grandstander, a showboat,” Trump said of Comey. “The FBI has been in turmoil. You know that. I know that. Everybody knows that.”

Additionally, Trump said that he would have fired Comey from his post regardless of what the U.S. Department of Justice recommended — a total contradiction from what the White House has said ever since Comey’s dismissal on Tuesday.

Clearly, the man has no internal filter to keep him from blurting out things that, in retrospect, will be used as evidence in his impeachment hearings.

Then, he will say something that was clearly not in his best interest to say.

During the interview, Trump also revealed that he had directly asked Comey if he were under investigation by the FBI.

It would be highly unusual for someone who might be the focus of an FBI probe to ask whether he was under investigation and to be directly told by the FBI director that he was not. It raises questions of potential obstruction of justice, interfering with a federal investigation and other impeachable offenses.

Not even four months into his presidency, President Trump is at the same level of suspicion and peril of impeachment that it took Richard Nixon more than five years to achieve.