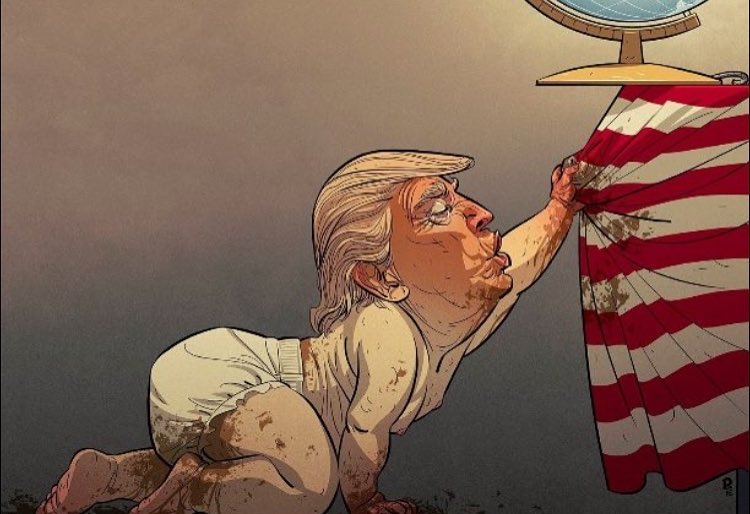 When my sidekick Lady Di told me today that she heard President Donald Trump had revealed highly-classified info to the Russians during their visit to the Oval Office last week, I scoffed.

“Scoff, scoff,” I said. “Not even Donald Trump could be that much of a dumbass stumblebum.”

I had to buy her dinner to apologize. He is, indeed, a dumbass stumblebum and he needs to resign tonight.

Trump’s disclosures jeopardized a critical source of intelligence on the Islamic State.

The information the president relayed had been provided by a U.S. partner through an intelligence-sharing arrangement considered so sensitive that details have been withheld from allies and tightly restricted even within the U.S. government, officials said.

The partner had not given the United States permission to share the material with Russia, and officials said Trump’s decision to do so endangers cooperation from an ally that has access to the inner workings of the Islamic State.

How much longer is this nation going to allow this man-baby to smear the walls with the contents of his diaper?