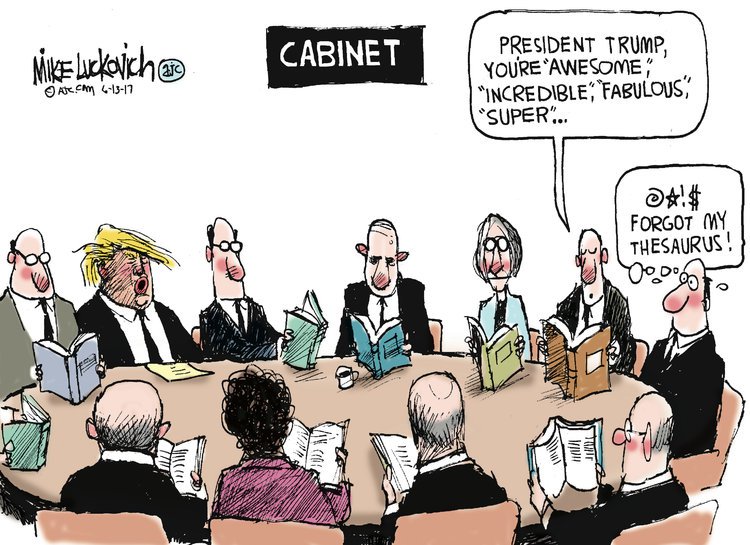 Cabinet secretaries must have a duty to smooch the Presidential booty.

We all recall the scene last June when, during his first Cabinet meeting, everyone except Secretary of Defense Mattis outdid each other to lavish sycophantic, slobbery smooches on the Cheetos-colored derriere of Donald Trump.

Tonight, we learn of further brown-nosing from members of the Trump Administration through a press release issued yesterday. 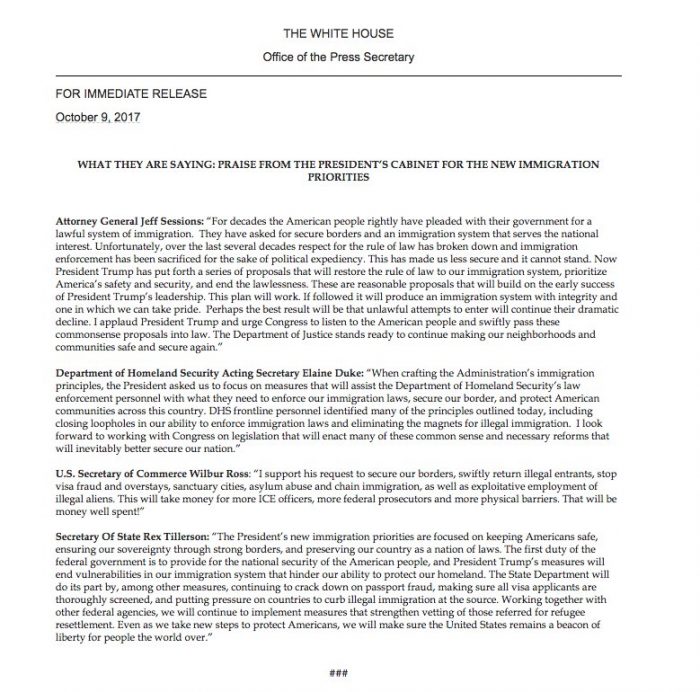 We believe Shakespeare referred to this sort of behavior as “base, spaniel fawning.” But what if there was an even more fawning version in the form of a first draft? We can’t say this is an actual document, but it wouldn’t surprise us a bit. 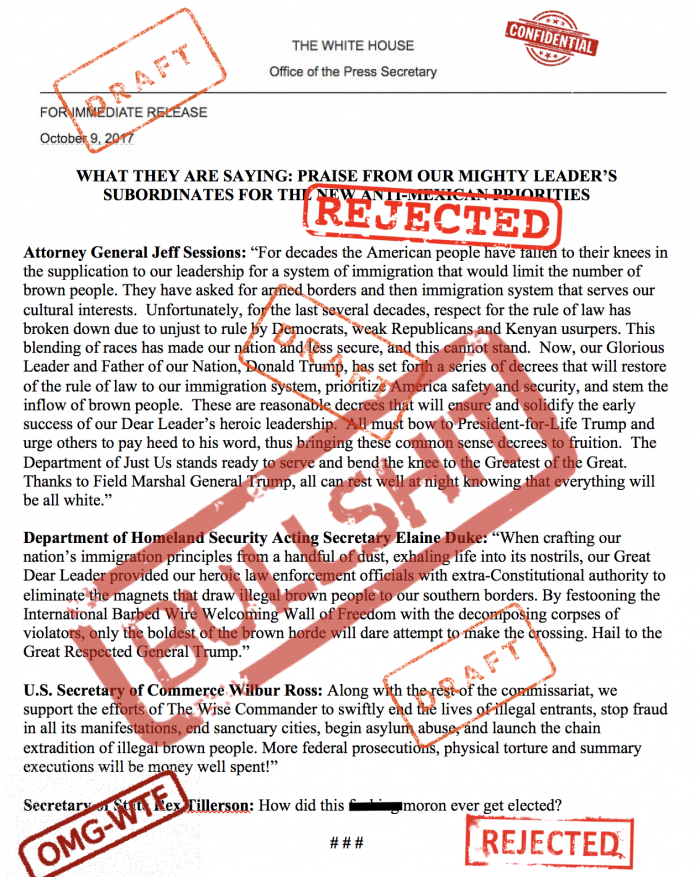 Whatever. If Trump is in a good mood, maybe he won’t launch a nuclear strike on North Korea or Iran.