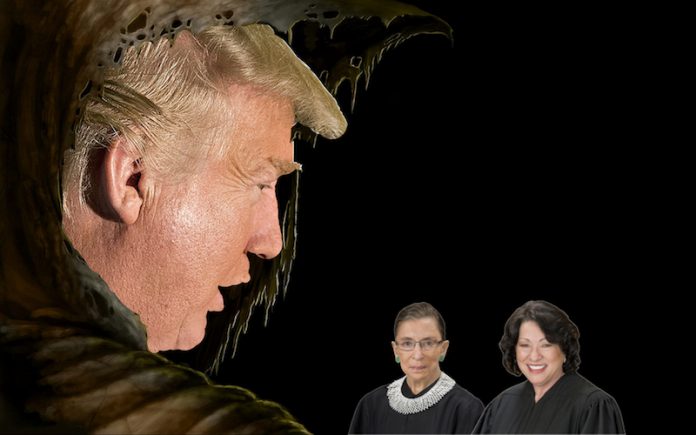 According to a story published tonight on Axios, sources close to President Trump say he predicts before all is said and done he will have appointed four Supreme Court justices.

He’s already replaced the late Antonin Scalia with Neil Gorsuch. There are rumors that Justice Anthony Kennedy may retire. So, who does Trump have in mind for the other two that would have to step aside or croak to reach the quota?

“Ginsburg,” Trump replied. “What does she weigh? 60 pounds?”

“Who’s the fourth?” the source asked.

“Sotomayor,” Trump said, referring to the relatively recently-appointed Obama justice, whose name is rarely, if ever, mentioned in speculation about the next justice to be replaced. “Her health,” Trump explained. “No good. Diabetes.”

Naturally. Given the chance to imagine the deaths of two Supreme Court Justices, Trump picks two of the three women on the court.