Jim Hoft has been called a lying douchebag, a spinner of tall tales, and a guy who plays into extremist right wing narratives that people such as Matt Drudge buy into and support. This time Hoft made waves with his base talking about how Officer Darren Wilson in Ferguson had suffered an “orbital blowout fracture to the eye socket” in a struggle with unarmed teenager Michael Brown. A witness who recorded the event just after the shooting occurred posted this video below, which calls into question the actual injuries that Officer Wilson suffered. There were no ambulances called for Officer Wilson, who claimed he was injured, nor for Michael Brown who was dead on the street.

Further, evidence posted by Jim Hoft to back up his claim was soon blown sky high by Charles Johnson of Little Green Footballs when it was discovered that Hoft was using an Xray image that he claimed was the actual image of Officer Wilson’s injury which was supposedly leaked to Hoft, but in fact was an image taken from AAPOS website showing what an orbital blowout fracture to the eye socket looks like. Matt Drudge from Drudge Report heralded this proof as gospel, which then spread like wildfire across the right wing atmosphere like a match to dry hay.

The image that Hoft used of course was not from Officer Wilson at all. However that didn’t stop Hoft from making it look like it was or letting people believe it was when posting it. In Hoft’s article he posted this below which was just above the actual Xray image he used.

Local St. Louis sources said Wilson suffered an “orbital blowout fracture to the eye socket.” This comes from a source within the Prosecuting Attorney’s office and confirmed by the St. Louis County Police.

Of course Hoft tried to scrub off the location information from the Xray which showed it was in fact coming from the University of Iowa. According to Charles Johnson of Little Green Footballs:

Notice the difference? In the version posted by Jim Hoft, the text at bottom right that says “UNIV OF IOWA” has been crudely erased. Caught you, Jim.

Was Hoft trying to mislead his readers into thinking this was the actual X-ray (or CT scan) of Darren Wilson? His text does not make it clear it wasn’t Wilson’s CT scan — and the words “UNIV OF IOWA” have been blacked out, quite deliberately.

Hoft has been caught several times literally blowing small minor things into full blown articles; like the one about an Islamic Prayer rug being found on the border of Mexico, along with Terror Baby stories from Louis Gohmert, and claiming in another post that radical Islamist’s were crossing the border with immigrants from Mexico and El Salvador, and here is the prayer rug left behind to prove it. The prayer rug turned out to be a sports T-shirt and not an actual prayer rug, but that didn’t stop Hoft from making wild claims about it to further inflame his right wing extremist base.

Hoft is well known among extremists, and they tend to believe anything he claims no matter how wild or preposterous that claim is. Matt Drudge links to him every few days and usually makes whatever Hoft claims his headline post, which also drives millions of traffic hits to Hoft’s website. Of course at the end of the day it’s all about the dollars. More traffic equals more hits to those advertisements, and Hoft and Drudge know the value of misleading unsourced or thinly sourced bullshit better than anyone else on the planet. 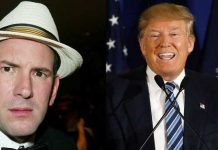 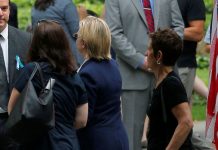 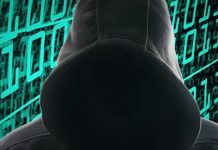