Andrew Puzder, CEO of the parent company that runs Hardee’s and Carl’s Jr., is apparently President-elect Trump’s choice to head the Department of Labor.

A quick check of Puzder’s past shows he fits right in with Trump’s pattern of appointing Cabinet officers who have been active opponents in the private sector of the very agencies they will now steer off the cliff.

Puzder was criticized in the past for a series of ads showing sexy, bikini-clad beauties eating big, greasy, sloppy cheeseburgers in sexually suggestive ways.

“I like our ads. I like beautiful women eating burgers in bikinis. I think it’s very American,” he says. “I used to hear, brands take on the personality of the CEO. And I rarely thought that was true, but I think this one, in this case, it kind of did take on my personality.”

As much as Puzder likes scantily-clad women rubbing themselves with greasy ground beef, that’s how much he hates the minimum wage and other worker-safeguards.

Like other fast-food chains, Hardee’s and Carl’s Jr. restaurants are often investigated for possible minimum wage and overtime infractions. A recent analysis from Bloomberg found that officials discovered violations in roughly 60 percent of their investigations of those chain’s locations. Most Hardee’s and Carl’s Jr. locations are operated by franchisees, rather than by CKE Restaurants itself, meaning the company itself is typically not considered responsible under the law.

Neither does Puzder seem to care all that much for the idea of having human beings working for him, telling Business Insider why he prefers machines.

“They’re always polite, they always upsell, they never take a vacation, they never show up late, there’s never a slip-and-fall, or an age, sex, or race discrimination case,” says Puzder of swapping employees for machines.

It’s hard to say what the ultimate result of having an anti-worker, machine-loving fan of bikini-wearing burger babes will turn out to be.

Would it be too much to hope for a new law giving each laid-off worker a coupon for 50 cents off the price of a small shake? 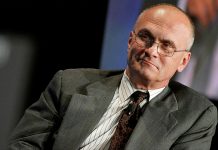 Puzder Out: Is This Video Why? 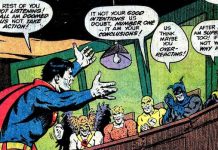 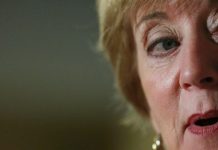