Did you realize that by advocating for progressive issues, you are working to bring THE ANTICHRIST to power?

That’s what former GOP Rep. Michele Bachman says, and she should know!

According to Right Wing Watch:

Bachmann said that Donald Trump’s opponents, much like the people who built the Tower of Babel, are rebelling against God to bring about “the creation of a manmade, one-world system. And scripture tells us that in the End Times, that is what Antichrist will be, he will be a part of a one-world system.”

“There are people who reject Judeo-Christian truth and instead want to insert and usurp control of all of our lives with a global, economic and political government,” she said. 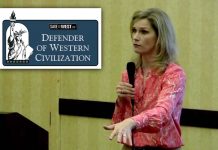 How Can She “True the Vote” If She Can’t “True the Interview”? 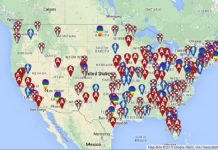