Sometimes the schadenfreude is too much to bear.

Newsweek reports that three ISIS fighters were killed… not by drone strikes, not by MOAB, not by tripping and getting impaled on their own swords.

They were eaten. By pigs.

Three militants loyal to the Islamic State group (ISIS) have been killed by wild boars as they planned to ambush Iraqi tribesmen opposed to the group, according to a local anti-ISIS leader.

At least eight ISIS fighters had reportedly taken cover among dense reeds in Iraq’s al-Rashad region, about 55 miles southwest of Kirkuk, in preparation for a surprise attack on local anti-ISIS tribesman when a herd of wild boars attacked the jihadists on Sunday, killing three. The militants likely disturbed the notoriously short-tempered animals, said Sheikh Anwar al-Assi, a chief of the local Ubaid tribe and head of the group of local tribesmen who took up arms after ISIS took control of the nearby town of Hawija.

One can only assume the pigs were not following the restrictions of a Halal diet. Local reports indicate the wild porkers made real pigs of themselves.

See? Pork CAN be bad for you!

(h/t to Lady Di for the horrible pun.) 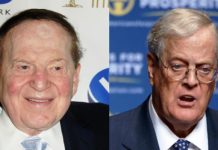 When ‘Libertarian’ Billionaires Default To Neoconservatism 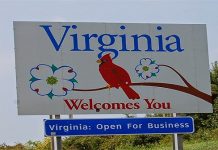 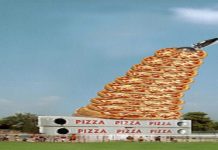 ISIS Threatens Gays: We Will Throw Them Off Leaning Tower Of Pizza