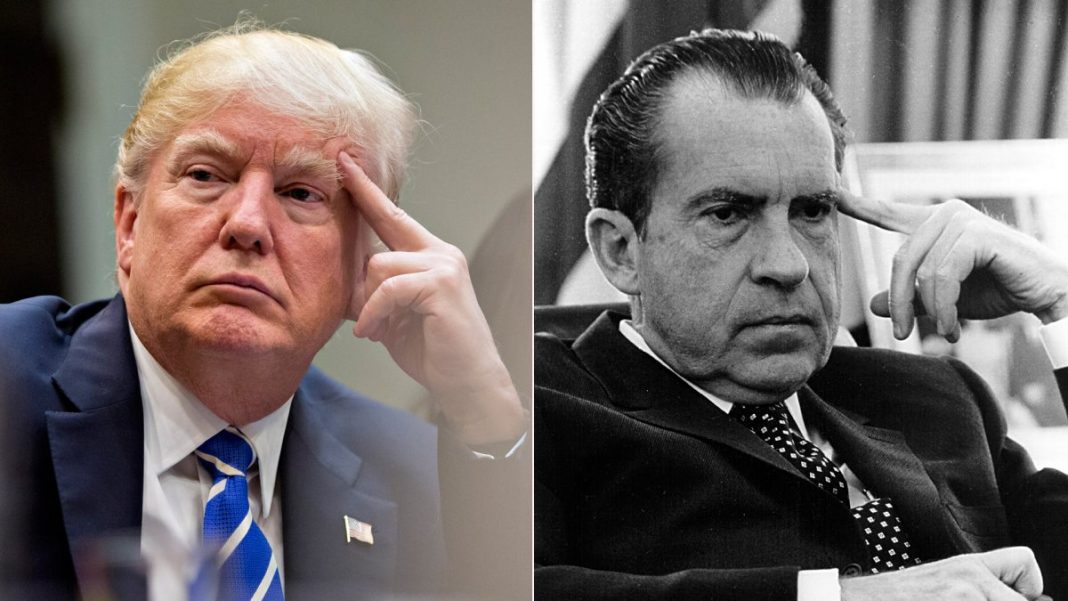 According to CNN’s Jake Tapper, a source revealed President Donald Trump was in a meeting with former FBI director James Comey Feb. 14 when he asked Attorney General Jeff Sessions and Vice President Mike Pence to leave the room. It was at that time, Trump asked Comey to “let go” of the investigation into retired Lt. Gen. Michael Flynn.

Tapper went on to say that Comey told the source he was grateful hearing the news that Trump may have recorded their conversations because a recording would corroborate Comey’s story that Trump asked him to drop the investigation. The request was such an “uncomfortable” one that it prompted Comey to begin writing the memos after speaking with Trump to ensure there was a written recording of what was discussed.

“There are a great many memos,” the source told Tapper.

Those of us who were grownups during Watergate recall the so-called “smoking gun” that confirmed the worst about Richard Nixon. CNN Legal Analyst Jeffery Toobin explained why today’s revelation is significant.

“Three words: Obstruction of justice,” Toobin told Wolf Blitzer. “Why do you think Comey wrote a memo to the file about it? Because he was so appalled that a president of the United States would behave in this way. ‘Close it down’ is an instruction to stop investigating. Richard Nixon was [nearly] impeached for asking the FBI to stop an investigation into his campaign.”