Did we not tell you this would happen? Did we not say that these people were begging for it to happen? Oh yes, we did. Because we are Criswell, and Criswell knows all. Yesterday, Brett Kimberlin filed a new civil suit under the Racketeer Influenced and Corrupt Organizations (R.I.C.O.) Act against twenty defendants. Kimberlin alleges they have engaged

in a criminal racketeering enterprise that violated his civil rights and which includes widespread mail fraud, wire fraud, money laundering, intimidation, assault, extortion, threat of extortion, obstruction of justice, and gang activity for the purpose of harming Plaintiff and depriving him of his civil rights.

You can read the entire suit at Scribd (Update:  we have changed the link to the amended complaint). We were impressed by the construction of the case, which clearly lays out a pattern of fake organizations raising money to fight against fake oppression while touting fake narratives. James O’Keefe is named in the suit because of his new book, published by defendant Simon & Schuster, which claims that Kimberlin is responsible for SWATings of conservative bloggers. The publisher never contacted Kimberlin for comment and did no fact-checking on the book. None of the defendants has ever offered a single shred of proof that Kimberlin was ever involved in any of the false police reports that have been blamed on him, yet they have gone so far as to file lawsuits, contact law enforcement agencies, and demand action by Congress.

Here is a non-exhaustive list of some highlights we noted:

Finally, we note that RICO suits can be expanded as discovery warrants, or as the racketeering activity enlarges, and that this possibility should not escape the defendants while they scramble to invent their way out of the new disaster they have created for themselves. For example: over the last ten days, defendant R. Stacy McCain has been faildoxing a woman named Melissa Brewer as Xenophon Gryllus, despite our repeated warnings that he was making a fool of himself, because he seemed to be under the impression that “proving” this nonexistent connection would provide him with a dynamite legal defense against Kimberlin’s suit.

But last night, blogger Matt Osborne contacted us and independently verified that we are not Melissa Brewer, scuttling whatever defense McCain thought he had constructed. The episode should stand as a stark reminder of two things.

We make these warnings in good faith, but we expect they will be treated as dire threats. No one ever wanted to believe Cassandra; why should Criswell expect anything different?

Update: we have changed the embedded file to the amended complaint. 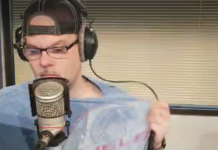 Stranahan Sought Help from Kimberlin to Take Down Backer 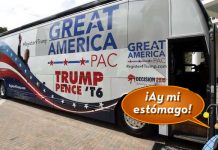 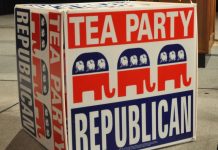 Tea Party PACs Called Out As A Fundraising Scam