Breitbart Unmasked
Home Latest News Bannon Didn’t Need a Lawyer, Until He Did! 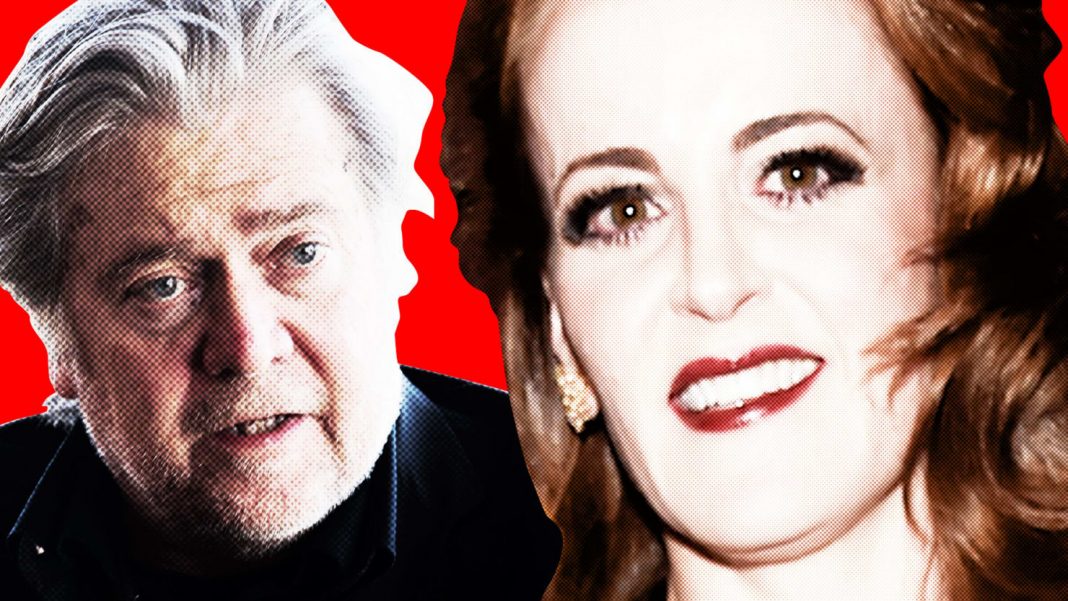 After saying he wouldn’t need a lawyer because he hadn’t been sucked into the multiple ongoing investigations into Trump’s involvement with Russia, Steven K. “Mea Maxima Culpa” Bannon has hired a top-notch legal shark to cover his pockmarked hiney in advance of being questioned by the House Intelligence Committee. The Lucky Lawyer is Washington attorney William Burck, according to the Daily Beast.

The Washington Post report this will result in Bannon rejoining several of his jolly chums as Burck, co-managing partner at the firm Quinn Emanuel, is also representing other key members of Trump’s campaign and White House staff, including former chief of staff Reince Priebus and White House Counsel Donald McGahn.

The person familiar with the arrangement said Burck’s representation is limited to congressional testimony and does not include preparing Bannon to speak to special counsel Robert S. Mueller III. It also covers only Bannon’s role on Trump’s campaign, as opposed to events that occurred during the presidential transition or while Bannon served as a top aide to Trump in the White House.

Bannon was deep-sixed from the the helm of Breitbart.com earlier this week after he apologized for mispronouncing the word “patriot” as “treasonous” when referring to the President’s son, L’il Donny. He lost the financial backing of the mega-wealthy Mercer family and earned the derision of Rebekah “Why the Long Face” Mercer for this perceived backstabbery.