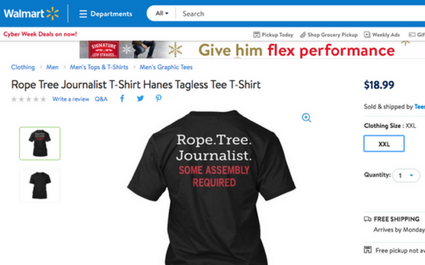 In a blow to the Merry Christmas wishes of the Trump supporter on your gift list, Walmart has decided to halt the sale of a t-shirt that suggests the lynching of journalists.

The RTDNA website reports Executive Director Dan Shelley sent a letter pointing out that the message sent by the shirts could “at the least … inflame the passions of those who either don’t like, or don’t understand, the news media. At worst, they openly encourage violence targeting journalists.”

Less than five hours later, Shelley received an email from an entity called the Walmart Executive Escalations department stating, in part, “We have forwarded this to the appropriate team to remove it. Walmart.com does appreciate feedback like this so that offensive material does not appear on our website.” RTDNA has confirmed that the shirt has indeed been removed from Walmart.com. It has also been withdrawn by third-party seller Treespring.com.

“We recognize that under the First Amendment, companies have a right to sell, and consumers have a right to purchase, these shirts. But that doesn’t mean it’s the right thing to do, especially in today’s vitriolic climate,” Shelley said.

Trump supporters who hate news outlets that report the things Trump says will have to satisfy themselves watching YouTube videos of Trump pretending to beat up the WWE’s Vince McMahon with a CNN logo plastered over his face. 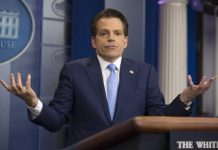 Mooch Gets the Skootch 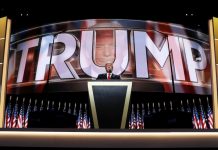 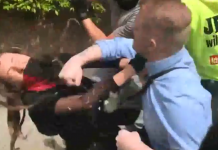 Getting Away With Mayhem